TheCityUK has responded to the latest Treasury report reviewing the balance of powers between London and Brussels.

The report focuses on the financial services aspect of the relationship between the UK and the European Union, and how Britain can work best with Europe to deliver the legislation the continent needs for its long-term economic prosperity.

“The Balance of Competences exercise will provide a deep body of evidence which will benefit not only the UK Government but also other member states and financial sector firms. It is a milestone project which will have a lasting impact on the debate on the future relationship between the UK and EU. We are delighted that much of our research and many of our recommendations have been picked up in this latest report. It demonstrates that the sector’s views are heard.

“Banking Union could provide a much needed tonic to the eurozone’s problems, but it will need to be implemented in a way which preserves the integrity of the Single Market. Crucial to this will be the relationship between the European Central Bank and Bank of England. As we highlighted in our submission, we encourage the Government to set out its expectations for how this relationship should develop. 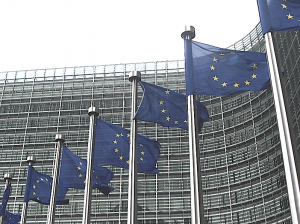 “It is also critical that the European Supervisory Authorities are empowered and resourced to fulfil their role as Single Market rulemakers. More broadly, the report helpfully acknowledges that financial regulation is multi-level, with many policies initiated by international standards setting bodies. The UK maximises its influence when it works to set the global agenda, and then collaborates with European partners to deliver legislation governing the Single Market.

“London is not only the capital of the UK, it is also Europe’s financial centre and beating heart. If implemented with a strong focus on the jobs and growth agenda, EC President Junker’s capital markets union will be a real opportunity for UK expertise to be deployed to deliver European growth.

“We continue to work closely with the Treasury on this important project and push for policies which generate jobs and growth in the UK and across the continent.”