Commissioner-Elect Hill has a reputation as a pragmatic and thoughtful politician and TheCityUK says it looks forward to working with him. The City is Europe's financial centre, a true European asset, well-positioned to serve the needs of manufacturers, retailers, and those involved in every industry across the continent to create sustainable economic growth and high value jobs.

TheCityUK had urged the Government to prioritise a major economic portfolio over the past few months and securing the financial portfolio is a major coup for the Prime Minister. If it were in any doubt, it is clear now that the UK is still at the top table for important EU debates and Britain's membership of the EU is crucial to influencing the rules that govern our most successful export industry.

"There could be no better recognition of London's status as Europe's financial capital than the appointment of Jonathan Hill as Europe's Financial Services Commissioner. The City's responsibilities in Europe know no boundaries. We serve customers and companies throughout the EU and we want a deeper and broader Single Market to allow us to do this as effectively as possible." 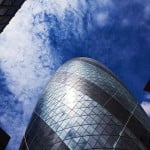 Europe faces some significant challenges in the next mandate and it will be crucial that the financial services industry is harnessed to deliver what are the key priorities of jobs creation, lasting economic growth, energy security and infrastructure development.  Following the successful completion of the substantial post-crisis regulatory reform agenda in the last mandate, the new Commission can now focus on reforming the European Union to make it more dynamic, flexible and globally competitive.

The creation of a Commission portfolio for Financial Stability, Financial Services and Capital Markets Union is a welcome innovation. The separation of the financial portfolio from Internal Market reflects the crucial role that the financial sector plays in the wider economy. It will also enable Commissioner-Elect Bienkowska to place a greater focus on growth enhancing measures including the completion of the Single Market in Services.

TheCityUK believes that Capital Markets Union is an important endeavour and will be urging Commissioner-Elect Hill to commit to ensuring this initiative, set out by President-Elect Juncker, covers all 28 Member States. To do otherwise would risk fragmenting the Single Market, which could be detrimental for economic growth and stability across the whole of Europe.

Oil price falls as OPEC battles forces beyond its control