At the centre of TheCityUK’s reform agenda is a call for a renewed focus on completing a deep and strong Single Market and ensuring it is fit for purpose. The report’s 25 detailed proposals for reform are not about ‘more Europe’ or ‘less Europe’, but about creating a ‘better, more thoughtful Europe’. They are practical and achievable. Their cumulative impact adds up to a substantial package of reforms that have the potential to deliver real and positive change that will benefit all 28 EU Member States.

“Fact not fiction should inform the EU reform agenda. The evidence we’ve gathered from the financial and related professional services industry shows that continued membership of the EU is vital for UK competitiveness, but a lot needs to change if the EU is to better serve the interests of its 500 million people. The City is Europe’s financial capital and our members, representing many different countries, want practical change that can be delivered quickly, promote economic growth, bolster global trade and investment, and secure Europe’s competitive position in the world. Let’s get on with it.”

2. Better regulation – ensuring that impact assessments on any legislative or rule-making proposal for all EU institutions are conducted by an independent Regulatory Scrutiny Body.

3. A European agenda for jobs, growth and competitiveness – a third country regime that ensures the EU remains open for business from outside the EU and a reassessment  of the resources allocated to negotiating vital trade and investment agreements.

4. Fair and equal treatment of all Member States – protecting the integrity of the Single Market and ensuring institutional arrangements for both regulation and supervision continue to reflect the interests of all Member States, whether within or outside the Eurozone. Better implementation of European legislation should be prioritised. 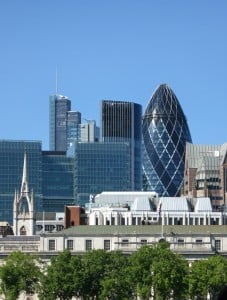 'EU reform – detailed proposals for a more competitive Europe' is the latest report in TheCityUK’s EU reform agenda, which has set out to develop constructive and realistic reform proposals and underline the importance of stronger, more constructive engagement with other Member States.

Sir Gerry added, “We firmly believe that the EU can work more efficiently and the UK is not alone in calling for its reform; other Member States have also put forward ambitious proposals. However, to achieve the goals that we have outlined, real progress and commitments to reform need to be made by all players involved from across the private and public sectors.

“TheCityUK’s proposals for EU reform focus on areas where the financial and related professional services industry has particular expertise. They will bring benefit not only to the industry, but to the whole of the EU by enabling it to better provide the investment for jobs and growth that Europe needs. We look forward to developing the recommendations put forward in this report and strengthening our alliances across other Member States to deliver a better, more competitive EU.”