Statistics show that there is a lack of university-owned accommodation among a large variety of established British universities. Yet figures, from UCAS from 2016 identifies that 535,175 students were accepted into a university course in the UK, an increase of 2,910 students.

As a result, there has been a significant rise in privately owned accommodation built. 2015 was a record year for investment in the student housing sector with all transactions reaching an estimated £5.1 billion. This year, it is estimated that around £3.1 billion of stock has been traded, just over 60% of the 2015 total, which is set to carry on soaring.

New research conducted by Sellhousefast.uk has revealed the ratio of students to university beds from 20 of the main city universities in England, Scotland and Wales, by compiling data from the HESA and Unistats for the 2016-17 academic year. 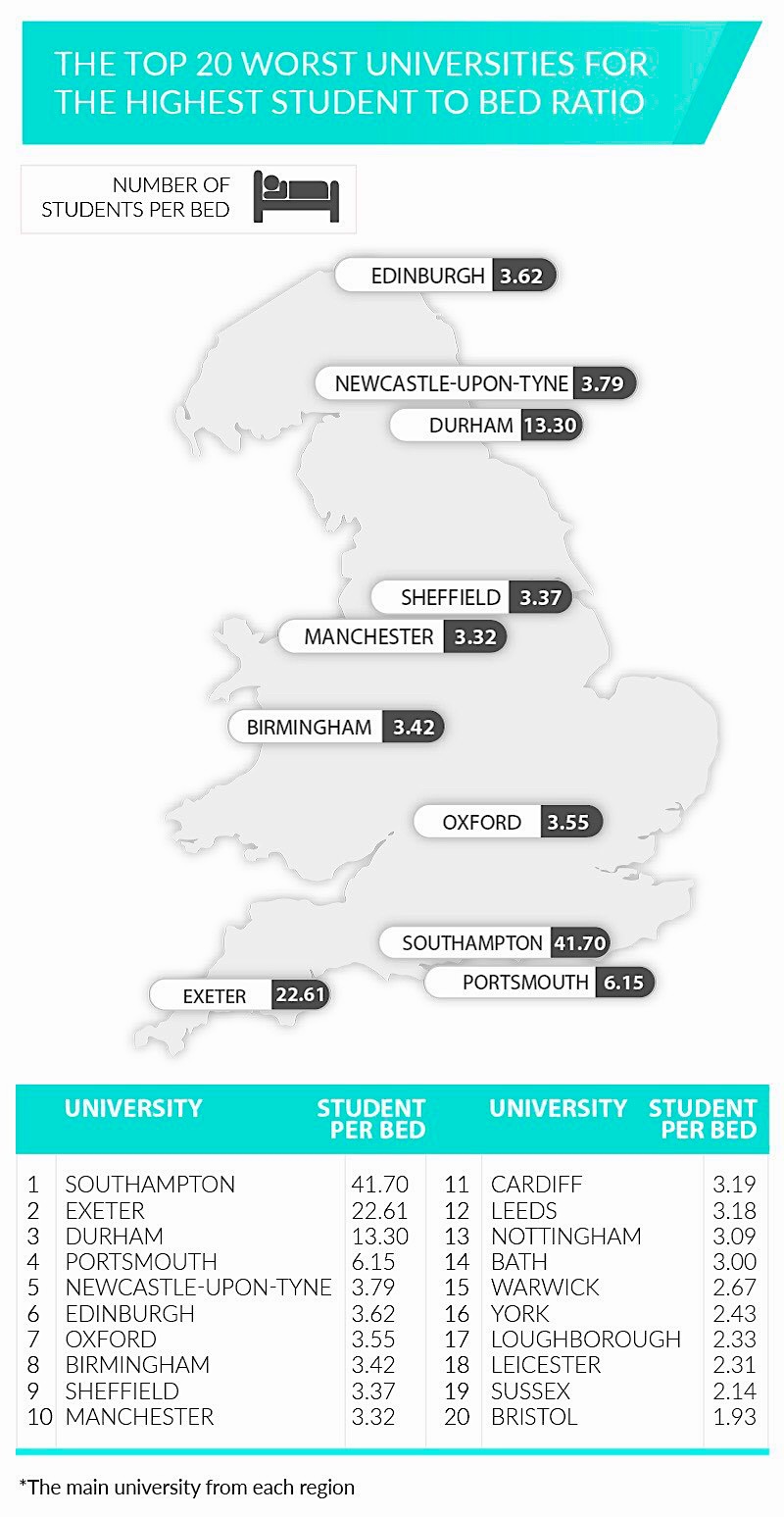 Results had identified that the number of undergraduate students are considerably higher than the number of student rooms available. Consequently, the student to bed ratio is surprising.

According to research by Cushman and Wakefield, the growing competition within the university sector has indicated that institutions are choosing to prioritise funding of resources and the improvement of teaching, academia and campus infrastructure over student accommodation.

“With a growing number of students entering university each year, it is a concern that there is such little university accommodation on the market for undergraduates. The average weekly rent in the UK for university owned accommodation costs around £120, whereas residence provided by private companies costs around £165 – an extortionate amount of money which is completely unfeasible for students who are already tight for cash. Students shouldn’t have to pay the latter because there isn’t enough ‘low-priced’ university owned property available. It’s no wonder the student to bed ratio is at such a high rate across a number of universities around the United Kingdom.”

*London: London was excluded from this data because universities in the capital, such as UCL, Kings College and LSE, are not campus universities and therefore the accommodation provided is very small.

**Figures disclaimer: The figures were created by dividing the number of students per university by the total number of beds provided by the most popular universities in Great Britain (England, Scotland and Wales).

***Purpose-built beds: self-contained flats clustered into units with 4 to 6 bedrooms for students.