There & Back Again: AOL's Global Dominance, Fall from the Top & Return to Glory

Just 20 years ago, AOL was the Internet. Millions of people used AOL (then America Online) to access the World Wide Web through a sluggish dial-up connection that tied up the phone line for hours.

And speaking of hours, that's how you paid for AOL — by the hour. We sat through this sound thousands of times and used AOL's default web browser to look at, not much, really. There was no YouTube, no Reddit, no Facebook or any social media for that matter. But in the '90s, chat rooms, email, away messages, and newsgroups consumed our time. Yes, AOL was the only way to go online.

Now, an @aol.com email address is a sign of old age. It's a pop culture reference on a VH1 "I Love the '90s" special. More than 2 million people still use AOL's paid Internet service, though we don't know why, because cheap or even free broadband service is available everywhere.

But don't feel sorry for the AOL of yesteryear. It fell on hard times after the glory days but bounced back spectacularly, and now has built success on an entirely different model. 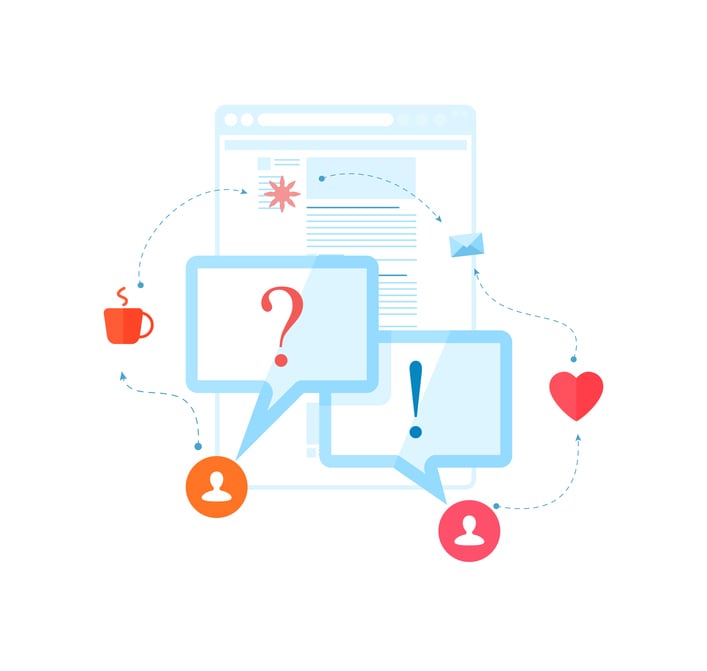 So how did AOL lose its dominance at the end of the 20th century? As ridiculous as Internet-by-the-hour sounds today, it was that very model kept its servers running smoothly for everyone to use. In October 1996, AOL switched to an unlimited monthly rate, like most Internet today. This caused a spike in subscriptions and usage, but the servers couldn't handle all the new flow of traffic. Users had issues connecting and it sparked a long downfall in subscriptions.

In 2000, AOL merged with Time Warner to form AOL Time Warner (clever), and it was also the start of AOL's identity crisis. Internet subscriptions plummeted and stock prices fell, so AOL took on other endeavors to help the company survive. It took on live concert streaming, Yellow Pages, and news, all with more or less success. But one home run that potentially saved the brand was AOL Instant Messenger, or AIM as the world knew it.

AIM was as popular in the early 2000s as Facebook Messenger is today. It was a free service, so it didn't contribute directly to revenue, but it kept the AOL brand alive.

In 2009, AOL appointed a new CEO who transformed the company into a digital media empire. Some of the most-popular websites fall under AOL's umbrella — TechCrunch and Huffington Post being two of their best. They still provide other web services and partnerships like identity theft protection, but AOL learned to let the past stay the past and have left the Internet Service Provider business almost entirely behind.

Most recently, AOL potentially experienced its biggest change to date — telecommunications giant Verizon announced plans to buy AOL's shares for $4.4 billion, inheriting all of AOL's subsidiaries, including media like TechCrunch and Huffington Post. What does this mean for the integrity of the news? It's hard to say how a telecommunications company the size of Verizon will handle the press freedom of the Huffington Post, but one thing is clear: this $4.4 billion buyout is one of the best comeback stories in American business. The AOL of 1995 is almost unrecognizable next to the AOL of 2015, and the transition from A to B is unlike any we've seen.

I want to be a saver, but I'm losing interest