Research from Aviva* reveals that nearly 30% of people overall said they are happy where they are, even if money were no object for a move. But after home sweet home the UK's second favourite choice of destination was the seaside and scenery of Devon and Cornwall with 19% of people overall naming it as the top spot for their perfect property.

In each region, the local area was the most popular location for a dream property and the pull of home is particularly strong the further one gets from London. Over 50% of those living in the North West and Yorkshire yearn for The Dales or the Lake District, 45% of Scots and 50% of Welsh people are happy with their rural heartlands and for those already living in the South West, 49% of them would prefer to stay nearby in Devon and Cornwall.

Only those in the West Midlands say they would prefer to live elsewhere – with most of them (24%) again choosing Devon and Cornwall as their ideal location shunning local beauty spots such as the Cotswolds (8%).

And given the choice of the type of home the old adage "out with the old in with the new" prevails, with most people (17%) preferring a modern detached home to a period property, a cottage, bungalow or farmhouse.

Across the age ranges 18-24 year olds also broke with convention, picking large cities such as Manchester, Birmingham and Edinburgh as their top location (12%), followed by the Home Counties (11%) instead of the typical holiday choices of Devon and Cornwall and overseas preferred by the other age groups.

Meanwhile, older generations in their later years cited a practical bungalow as their preferred property type, ranked first by 55-64 year olds (22%) and those 65+ (26%). 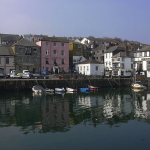 Heather Smith, director of home insurance at Aviva said: "Given the choice, of where and in what property to live, it is understandable that most people would plump for a spanking new modern home with less upkeep and maintenance than a period property. But I think we expected most homeowners to choose a sunny home overseas rather than one where they already are! It just goes to show that the pull of the British family home is as strong as ever.

"Clearly happy holiday memories in Devon and Cornwall mean that many would like to live there full time, while those that already do wouldn't dream of living anywhere else.

"But wherever your home and whatever its style, remember to ensure it and everything within it is properly protected with the right home insurance cover for your needs."

* Data relating to dream homes and locations came from consumer research conducted by Opinion Matters among a sample of 2,046 UK adults between 14th and 27th June 2013