Think BlackBerry Is a Takeover Target? Read This Before Buying

“I am going to buy BlackBerry Limited [NASDAQ/BBRY] and leverage heavily. Maybe buy options rather than the stock. I believe the company’s stock prices are going to go much higher than where they stand now. They look like a takeover target soon. I’m going all in.” These were the first few words my friend Mr. Speculator blurted out when I received a call from him the other day.

“Why would you do something like this?” I asked. His response is something that long-term investors can learn from—and should avoid.

This is what I will give to Mr. Speculator: he may have a point. The value for BBM may be higher now, but going into a trade without anything having materialized—be it in the news, if the company has offered to sell a part of the business, etc.—is just unhealthy for your portfolio.

An investor who is looking to build a portfolio for the long run should avoid what Mr. Speculator is doing—betting heavily on a trade that has no sign of materializing.

Here’s my take on the issue: if an investor has suspicions that a company will be taken over by another firm, instead of allocating a major portion of their portfolio to that stock, like Mr. Speculator is doing with Blackberry, they should only risk a certain amount, like two percent of their portfolio per trade, for example.

First of all, when an investor only risks a certain portion of their portfolio, the fluctuations in their portfolio are smaller, which is a good thing in case the trade doesn’t move in their favor. 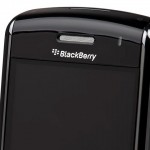 Secondly, if an investor risks a major portion of their portfolio and their desired move doesn’t occur, the money will be stuck in one stock. This essentially hinders their ability to take advantage of other investment opportunities. Sometimes, these takeover situations can take weeks, if not months.

Last but not least, overleveraging is dangerous. Mr. Speculator plans to buy call options, forgetting that they have an expiry date. Timing becomes important in this situation. If nothing happens to Blackberry’s stock within a certain length of time, he risks losing his entire position. Investors who follow this route could find themselves in that exact scenario, which will only leave a huge dent in their portfolio.

Investors who are building a portfolio for the long run have to be very careful of what kind of investments they should make. If the long-term investor tries to get into the habit of speculating and taking on positions that shouldn’t be taken, they can fall away from their plans—be it retirement, saving for a child’s education, or a vacation.

Even if investors do insist on speculation, one way to reduce losses in their portfolio would be to use proper risk management. They should place stops on stocks if they expect a major move upward or downward.

If you are using options, be wary of the expiration dates and the risks that come with options. Remember: long-term investing isn’t easy, so prevention steps should be taken before the damage occurs.

This article "Think BlackBerry Is a Takeover Target? Read This Before Buying" by Mohammad Zulfiqar, BA was originally published at Daily Gains Letter.

Dubai in the spotlight after asking to delay debt payments

5 practical ways to use mindfulness to allow creativity to flourish