This Cheap Sector Set to Outperform in 2014

With the new year just beginning, many investors will begin looking at their portfolio and trying to figure out how to shift their investment strategy to include sectors that should outperform in 2014.

One investment strategy I like to use during the beginning of the year is to look for a situation where fundamentals are improving, but market sentiment remains weak.

At year-end, many times you will see tax loss selling occurring. Essentially, investors are selling those holdings that have gone down the most to crystallize the losses for tax purposes. This also presents an opportunity—if the long-term investment strategy is sound.

One sector that has been hit hard is the precious metals sector. This should be no surprise to many readers, as the sell-off in precious metals has gotten a lot of negative media attention. However, I would like to bring to your attention an investment strategy of looking to add industrial precious metals, such as platinum and palladium, to your portfolio.

The vast majority of demand for both platinum and palladium is for industrial purposes, especially for catalytic converters in the automobile industry. These precious metals are crucial for the production of vehicles, and demand in this sector continues to rise.

While total vehicle sales for the full year of 2013 aren’t in yet, it is expected that U.S. auto sales will be the highest in six years, with an approximately 50% jump from the lows experienced in 2009. In 2014, U.S. auto sales will continue to be strong, with an estimated total number of over 16 million units sold.

The investment strategy in these industrial metals is to determine whether or not demand is fundamentally increasing or decreasing. Both here in America and globally, it’s quite clear that industrial use will continue to rise.

The price of palladium has remained near its highs for the year, but platinum followed other precious metals lower in 2013. Part of the selling pressure earlier in the year was due to exchange-traded funds (ETFs) that were selling precious metals across the board. Plus, over the past month, I believe the market was experiencing tax loss selling in both precious metals and mining stocks. 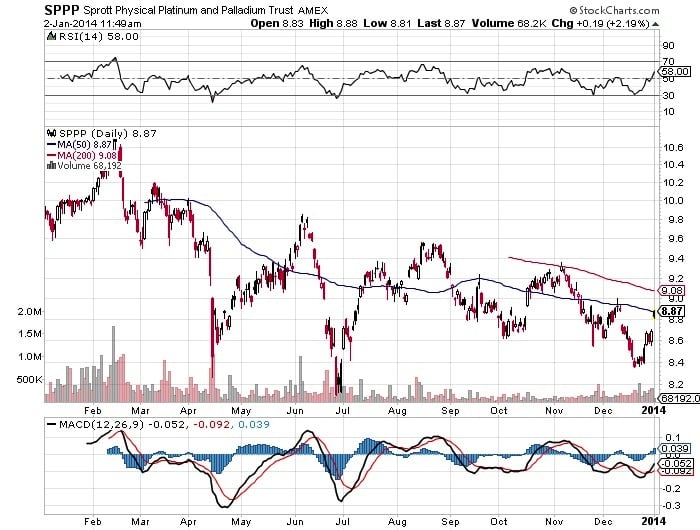 One way to incorporate this investment strategy of adding these industrial precious metals to a portfolio is through an ETF, such as the Sprott Physical Platinum and Palladium Trust (NYSEArca/SPPP). This particular ETF holds physical precious metals and is a relatively cost-effective method of incorporating this investment strategy without the additional fees of buying and selling physical coins and bars as an individual. 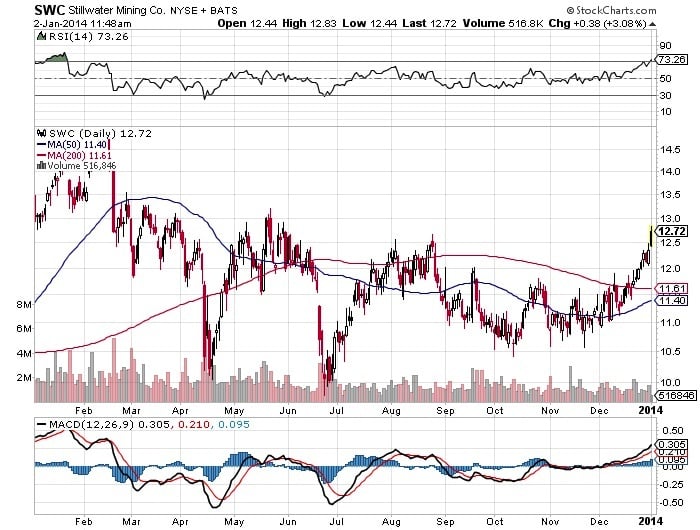 If one were interested in a stock that has exposure to these industrial precious metals, I would consider a firm like Stillwater Mining Company (NYSE/SWC). The company’s investment strategy is to focus on both mining precious metals and extracting platinum and palladium from spent catalytic converters. With operations here in America, there is a lot less risk than other companies with mines in South Africa and Russia.

I'm a value-oriented person, and I like adding stocks in assets when others are selling them as part of my overall investment strategy. I think the entire precious metals sector, including gold and silver along with platinum and palladium, has been oversold. When we look back at 2014, we will see just how cheap this sector was at the beginning of the year.

This article This Cheap Sector Set to Outperform in 2014 by Sasha Cekerevac, BA was originally published at Daily Gains Letter.

How to Raise More Money at Your Fundraising Event