This One Factor Could Make or Break Your Portfolio

Income inequality plays an important role in whether or not an economy experiences economic growth. If a small number of people earn the majority of the wages in a country, that sets the country up for a disastrous situation. What this essentially does is create a significant disparity. You can expect to see certain businesses do really well while others struggle severely, which is the result of those who are earning fewer wages spending less and those who are earning a significant portion spending more.

Sadly, this is what we see in the U.S. economy. Income inequality is increasing. It suggests economic growth is a farfetched idea.

According to a study by the Paris School of Economics, in the U.S. economy, the richest 0.1% earns nine percent of the national income. The bottom 90% of Americans—the majority of the population—only earn 50% of the national income. (Source: Arends, B., “Inequality worse now than on ‘Downton Abbey,’” MarketWatch, February 27, 2014.)

Income inequality in the U.S. economy is very evident, no matter where you look.

As I mentioned earlier, when there is income inequality in a country, you can expect certain businesses to do poorly. For example, consider Wal-Mart Stores, Inc. (NYSE/WMT)—one of the biggest retailers in the U.S. economy known for its low prices. Due to the U.S. government pulling back on its food stamp programs, the company is worried. The executive vice president and chief financial officer of the company, Charles Holley, said, “We expect economic factors to continue to weigh on our outlook.” He added, “Some of the factors affecting our consumers include reductions in government benefits, higher taxes and tighter credit…” For its fiscal year 2014 (ended on January 31, 2014), the biggest retailer in the U.S. economy reported a decline of almost six percent in its corporate earnings. (Source: “Walmart reports Q4 underlying EPS of $1.60, Fiscal 2014 underlying EPS of $5.11,” Wal-Mart Stores, Inc. web site, February 20, 2014.) 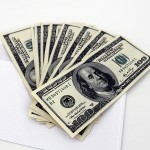 But companies’ corporate earnings aren’t the only place that shows increasing income inequality in the U.S. economy.

We see it happening in auto sales, as well. For example, in January, we saw Ford Motor Company (NYSE/F) and General Motors Company (NYSE/GM)—producers of economy (less expensive) cars in the U.S. economy—report double-digit declines in auto sales. Meanwhile, auto sales of high-end cars like the “Rolls Royce” increased by 120% from the same period a year ago, and sales at Maserati North America Inc. increased by 229%. (Source: “New Vehicle Sales,” Motor Intelligence, last accessed February 27, 2014.)

Investors who are looking to invest for the long run have to keep income inequality in the U.S. economy in mind; it will have an impact on many different kinds of businesses. It is a problem that, if not fixed, can create havoc and destroy all hope of economic growth in the U.S. economy—which will clearly make investing very difficult.

This article This One Factor Could Make or Break Your Portfolio by Mohammad Zulfiqar, BA was originally published at Daily Gains Letter.