This Sector Sure to Benefit as Online Retail Sales Grow

The feeling is mutual: consumers are failing retailers, and retailers are disappointing consumers.

First, let’s look at consumers; apparently, we’re not spending as much as we need to.

As a nation, we expect consumer spending to generate roughly 70% of our gross domestic product (GDP) growth. These retail sector numbers do not point to sustained economic growth. Though you can hardly blame us, initial claims for jobless benefits rose more than forecast and wages remain pretty flat.

Now, let’s look at retailers. For an industry that needs consumers to buy its products or services, they aren’t being very accommodating—especially, the online retailers. The American Customer Satisfaction Index (ACSI), a measure of satisfaction with online shopping, tumbled 4.9% in 2013 to 78. That’s the lowest recorded level since 2001, when online shopping was still in its infancy and just two years after eBay Inc. (NASDAQ/EBAY) went public. (Source: ACSI Retail Report 2013, American Customer Satisfaction Index web site, last accessed March 7, 2014.)

The sharp decline in the online satisfaction index is attributed, in part, to a large number of frustrated shoppers who didn’t receive last-minute holiday purchases on time. While online retailers were more than happy to collect the $46.5 billion U.S. consumers spent from their desktop computers—they were less inclined to actually get that product into their customers’ hands when promised. And if there’s one thing we know about disgruntled shoppers, it’s that they share their opinions online and let their wallets do the talking. 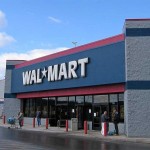 What online retailers struck a positive cord with U.S. consumers? Online customer satisfaction at Amazon.com, Inc. (NASDAQ/AMZN) rose four percent year-over-year to a reading of 88, up from 85. The only other winner was Netflix, Inc. (NASDAQ/NFLX) with a year-over-year increase of five percent (from 75 to 79). The biggest online retailers to experience declines were Overstock.com, Inc. (NASDAQ/OSTK), which was down by two percent, and eBay, which saw a four-percent decline in customer satisfaction.

To combat the holiday shipping fiasco, Amazon.com offered dissatisfied customers refunds on shipping as well as gift cards. It appears as though making sure your customers are happy works, as Amazon.com’s customer satisfaction increased despite the company’s inability to meet shipping guarantees on some parcels.

When it comes to using online retailers—once the purchase has been made, there is nothing more important than getting your order when promised, especially when you consider that U.S. consumers are forecast to spend $327 billion online by 2016, or nine percent of total retail sector sales. This is up 62% from the $202 billion retailers raked in online in 2011. (Source: Rueter, T., “E-retail spending to increase 62% by 2016,” Internet Retailer Magazine web site, February 27, 2012.)

Aside from keeping an eye on big online retailers like Amazon.com, eBay, Overstock.com, Staples, Inc. (NASDAQ/SPLS), and Wal-Mart Stores, Inc. (NYSE/WMT), investors might want to also research those firms that help these companies get their products from point A to point B. This includes firms like FedEx Corporation (NYSE/FDX) and United Parcel Service, Inc. (NYSE/UPS).

This article This Sector Sure to Benefit as Online Retail Sales Grow by John Paul Whitefoot, BA was originally published at Daily Gains Letter.