The ACPO database should worry you

The police, under the auspices of the private company ACPO (The Association of Police Officers) are now putting together a database of protesters. Whether they have committed an offence or not. They argue that it will help their 'intellligence gathering' and it is an intelligence database not an evidence database. Policemen can be issued spotter cards to help identify individual protesters. It would then not be beyond reason to expect the images to be used in future face recognition software. 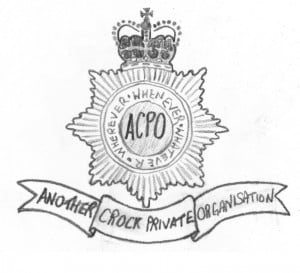 What next, build up a database of shoppers, innocent or not, to combat shop-lifting?

If I was featuring on any police database I would be worried. Databases in public officials' hands tend to find themselves in the public domain with a monotonous regularity.

I would also be worried that they would track the movement of innocent people in their attempts to get to the thugs. This could entail covert surveillance to try and work out where the protesters were planning to operate in the future.

There should be a very, very good reason for anyone to be on such a database. ACPO, it should be remembered, are a private limited company, not a public body. Nor do they have statutory authority.