While some in the UK say that EU law should be ignored where immigration from Romania and Bulgaria is concerned at the start of the New Year, it should be remembered that those two countries also have questions to answer where EU regulations are concerned. But if we’re all going to be in the club together surely we’re all playing by the same rules?

The UK would be be in breach of EU law were it to prevent the free movement into the country of Romanians and Bulgarians once the restrictions are lifted. Many people, worried about the potential for large numbers coming over, have called on the government to break the law to stop them and hang the consequences. This has drawn heavy fire from the EU and business as well as politicians from the two countries concerned.

But while they complain about the UK besmirching their reputations, Romania is trying to pass a law that makes some of its senior figures exempt from corruption laws and Bulgaria is extending its ban on foreigners buying agricultural land until 2020. Both of these are in contravention of EU law but little is being said about it, except by UKIP.

On 10th December the Romanian parliament voted for an amendment that removes the president, senators, members of the lower chamber and lawyers from the list of those considered to be ‘public officials’. This means that they can no longer be held accountable for abuse of office, conflicts of interest, bribery and other corruption crimes should this become law. This could also lead to current cases against officials charged with corruption being dropped. As the Romanian anti-corruption prosecutor’s office said, this is in violation of the EU laws that the country signed up to. 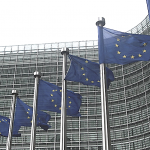 In October Bulgaria extended their ban on foreigners buying agricultural land until 2020 over worries that its arable land was undervalued compared to the rest of the EU, despite their full accession into the EU on 1st of January 2014 requiring that all such moratoria be lifted. It has already been identified that all 28 countries in the EU would have to agree to such a ban, which could mean a review of the pre-accession treaty. If not other member states might take reciprocal action, such as extending labour market restrictions said Chantal Hughes, spokeswoman for European Internal Markets Commissioner Michel Barnier.

UKIP leader Nigel Farage seems to be the only person talking about this. Mr Farage said:

“If the Romanian Parliament fails to stick to its EU obligations then why should anyone else?

“In these circumstances Westminster is well entitled to act and should block Romanian nationals from the UK labour market on January 1. Similarly, we should block Bulgarian nationals because their parliament has broken their accession agreement concerning land sales to non-Bulgarians.

“Why should the British be the mugs of Europe and comply with EU law while the parliaments of Romania and Bulgaria flout it with impunity?”