Thousands of children to recieve free cooking courses this summer

Thousands of mums and dads will have their lives made easier this summer thanks to a brand new series of special Farm to Fork Cooking Courses for children.

The courses will be run jointly with The Children’s Food Trust and will take place in 50 Tesco stores right across the country every week throughout August. An estimated 4,500 children aged between 5 and 13 will take part.

As well as providing something educational, fun and free for children to do in the summer holidays, the courses – from Tesco and The Children’s Food Trust – will help tackle fundamental gaps in children’s knowledge about cooking tasty meals and snacks.

According to research commissioned by Tesco published today, despite the popularity of TV cooking programmes over two thirds (nearly 67 per cent) of mums and dads worry that children today are growing up without basic cooking skills and food knowledge. 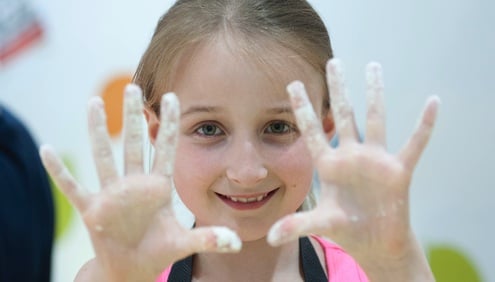 And over half (52 per cent) admit they spend significantly less time cooking for their children than their own parents did, despite the fact that more than half of mums and dads (just over 51 per cent) are worried about the long term impact of diet on their children’s health. More than nine out of ten (93 per cent) secondary school teachers are also shocked by the minimal knowledge about food their pupils have.

The Farm to Fork cooking courses, part of The Tesco Eat Happy Project, will help give children the skills in the kitchen to cook a variety of healthy, nutritious meals from couscous salad to mango chicken pittas and tasty tomato pasta.

Unwrap the history of chocolate at Eden this Easter

Sugar consumption having a ‘devastating’ effect on all of our dental health, claims charity