The Treasury is jeopardising the UK economy by ignoring warnings from senior Whitehall economists over the impacts of climate change and resource depletion, Friends of the Earth reveals today.

The findings are the latest to raise question marks over the Treasury’s strategy with businesses stressing that these issues are already beginning to impact their operations.

The information was revealed in emails obtained through Freedom of Information requests by Friends of the Earth. They uncover cross-Whitehall support for a major review of the impact of resource depletion and climate impacts. The review was to “examine how developments in the global economy over the next few decades are expected to put a heavy strain globally on renewable and non-renewable resources.”

Senior economists from the Department of Energy and Climate Change, BIS and the Foreign Office, warned that these trends could impact “the UK’s potential for sustainable growth, its terms of trade, exposure to commodity prices shocks and the security of resource supply.”

Resource depletion, the economists feared, could “have potentially material implications both for UK growth strategy and wider international considerations”, echoing concerns raised in a letter last year from William Hague to the Prime Minister on resource and climate security.

Businesses have since echoed these concerns, with the EEF (the manufacturers’ organisation), UK Steel, the Confederation of Paper Industries and others calling on the Government to set up an Office for Resource Management.

To the despair of business and environmental groups the plans for a review were thwarted by Treasury officials, with the Treasury’s Chief Economist, Dave Ramsden, refusing to give his backing and demanding that any such research be “decoupled from UK growth issues… The link between the long-term, global analysis and UK policy and strategy is too speculative for an independent review to get into.” 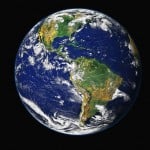 “This is further evidence that Treasury mandarins behind the scenes consistently ignore the threats that climate change and resource depletion pose to the economy.

“Any economic ministry worth its salt, particularly that of the self-styled ‘greenest Government ever’, should be leading these kinds of reviews – not crushing them as irritants.

“This is exactly the kind of foolhardy short-termism that underpins the Chancellor’s expensive dash for gas, which goes against the advice of the Government’s official advisers on the economics of climate change.”

The release of the correspondence comes as an increasing number of MPs are threatening to rebel over the Energy Bill currently before Parliament. A cross-party rebellion is growing behind a proposal for a 2030 decarbonisation target for electricity, which George Osborne and Treasury officials have long resisted.

A Review of the VSphere