The leafy Hampshire district of Hart has kept its crown as the most desirable place to live in the UK for the third year in a row, according to the 2013 Halifax Quality of Life Survey.

However, there were several big climbers in the top 10, with South Northamptonshire climbing 27 places to third, Rushcliffe up from 22nd to seventh, and Winchester up from 34th to ninth. The main reason behind these changes was the inclusion of a new ONS survey into people's personal wellbeing.

Hart has managed to retain its position at the top of the Quality of Life Survey by scoring consistently highly across almost all categories:

· Hart residents are the healthiest in the UK, with 97.4% reporting being in good or fairly good health. They also live the longest in the UK, with an average male life expectancy of 82.9 years compared to the national average of 79 years.

· New ONS figures indicate the adult population is among the most happy, satisfied and content in the UK.

· The cost of living in Hart, however, is high; the average house price in Hart is 7.0 times the average annual pre-tax local income – higher than the UK average of 5.8.

The Essex district climbed up from sixth in 2012, having performed particularly well on employment (84%) and weekly average earnings (£819); while 97% of residents enjoy good or fairly good health; and at 81.8 years men have a higher than average life expectancy. But, living Uttlesford is also expensive, with an average house price to earnings ratio of 7.0.

However, what has most helped Uttlesford is the new ONS survey which reveals adults here believe, more than in any other part of the UK, that what they do in life is worthwhile (scoring 8.4 out of 10). And as such they are among the most satisfied and happiest in the country (see Table 3).

"The old adage of 'Health, Wealth and Happiness' is the traditional measure of a good quality of life. For the third year running Hart has delivered against a range of indicators to demonstrate its residents have the best quality of life in the UK.

"The Hampshire district scores highly on most of the measures used, including health, life expectancy, employment, average earnings, low crime, and relatively good weather. These factors are reflected in the fact that adults in Hart rate themselves among the happiest and least anxious in the country and believe what they do in life is worthwhile." 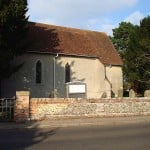 Long Sutton Church in the Hart district of Hampshire UK

The top 50 places to live in the UK are again dominated by the South East with almost half (24) found in this region, well ahead of the East of England which claims twelve of the top 50 spots (see Table 1).

However, the number of areas outside the south in the top 50 has doubled in the last 12 months to 12: and now includes South Northamptonshire (3rd), Rushcliffe in Nottingham (7th), Rutland (21st), Harrogate (33rd), Stratford-on-Avon (35th), and the Orkney Islands (50th)

· The proportion of adults (16 years and over) with the highest level of qualification gained (such as a degree, NVQ level 4 and above or professional qualification) is the highest in the City of London (94.8%), followed by Richmond upon Thames (70.4%), and Wandsworth (69.6%) – all significantly above the national average of 34.8%.

· 100% of homes in East Ayrshire have central heating; the national average is 96%.

· Only two areas in the top 250 in the country have an average house price to earnings ratio which is below the UK historical long-term average of 4.0; Western Isles and West Lothian (both 3.9). The highest ratios are all in London boroughs: Camden (12.0), Hammersmith and Fulham (11.6), and Haringey (11.0).

· In seven out of ten local area districts households have access to superfast broadband, i.e. where download speed is greater than 25 megabits per second (Mbps). They include Sheffield, Kingston upon Thames, and Belfast. Across all areas of the UK the majority of households have a good level of broadband access (i.e. a download speed of 2Mbps is regarded as the minimum for good broadband service).

· The Western Isles takes the top spot for lowest population density, with just nine people per square kilometre, compared to a UK average of 253. At the other end of the scale, the most populated areas per square kilometre are all in London: Islington (14,203), Tower Hamlets (13,304), and Hackney (13,225).

· The lowest traffic levels are found in Western isles, Highland, Argyll and Bute, Orkney Islands and Shetland Islands. The highest traffic flows are in Watford, Gosport, and the City of London.

· The lowest average annual rainfall (508 mm) is in Castle Point in Essex. Eight of the ten driest districts in the UK are in the East of England.

· Conversely, the sunniest place in the UK is the Isle of Wight where residents enjoy an average of 37.4 hours of sunshine a week. The national average is 29.7 hours.

· The healthiest districts are all in the South, with Hart, Wokingham, Isles of Scilly, and Elmbridge all having 96% or more households rating themselves in good or fairly good health. Six of the top ten areas are found in the South East, with the remaining found in the East of England (2), South West (1) and Scotland (1).

· Life expectancy for males at birth is highest in Hart and East Dorset (82.9 years), some three years longer than the national average.

· The best GCSE results in England are in Craven in North Yorkshire where 94.6% of pupils achieved five or more GCSE grades A-C followed by Epsom and Ewell (93.3%), North Kesteven in Lincolnshire, Bromley and Sutton (all 93.2%).

· Personal well-being is based on four categories – life satisfaction, worthwhile, happiness and anxiety:

§ With a rating of 8.4 (out of ten) adults in Strabane and Uttlesford believe what they do in life is worthwhile, the highest average rating in the UK. The national average is 7.7.

§ The happiest adults are in Fermanagh and Moyle, also in Northern Ireland, with both having an average rating of 8.2 – significantly higher than the UK average of 7.3.

§ Adults in Fermanagh are also the least anxious with an average rating of just 1.6 (out of ten), followed by Antrim and Wolverhampton (both 1.9). The average for the UK is 3.0.

Table 2: Local Authority District with the Best Quality of Life in each region 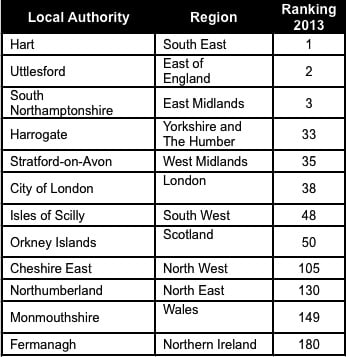 Table 3: Local Authority District with the Best Quality of Life in each category