Three Silver Plays That Can Weather a Short-Term Downturn

Technically, the Federal Reserve's job is to oversee the monetary policy (short-term interest rates) of the world's biggest economy. Obviously, it does, but it's also important to remember that its opinion and carefully chosen words also have a major impact on the global markets and world economies.

It's worked like clockwork since the Federal Reserve stepped in to help kick-start the U.S. economy with its generous monetary policy after the markets crashed. During the first round of quantitative easing (November 25, 2008 to March 31, 2010), silver climbed 65%.

Silver prices edged steadily lower over the ensuing months. In April 2013, The Goldman Sachs Group, Inc. famously trimmed its outlook for gold to $1,450 an ounce by the end of 2013 and $1,270 at the end of 2014. The company noted that the banking crisis in Cyprus didn't have the expected positive effect on the price of gold.

Silver and gold prices experienced an unexpected pop in August on fears the U.S. would invade Syria. An ally of Russia, any attack on Syria, it was feared, would extend well beyond the border. This didn't materialize, and prices for the white precious metal trended lower, where they have been seesawing ever since.

The seesaw edged lower last week, though, when the Federal Reserve said it will raise interest rates sooner than expected, signaling the U.S. economy is on stronger economic footing. However, recent economic data is calling that optimism into question. 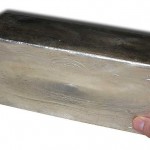 On the same day, the United States Department of Commerce reported that February new-home sales fell 3.3% to a seasonally adjusted 440,000 units. New-home sales were forecast to come in at 447,000.

It seems investors consider the Federal Reserve's outlook more reliable than new-home sales data. As a result, silver and gold prices have been trending even lower.

With silver prices now below $20.00 per ounce, many investors are wondering if they should flee from precious metals. For starters, it's important to maintain a well-balanced investing portfolio—and that includes a space for silver. At current prices, those considering silver should look at some of the stronger contenders, the companies that can weather lower silver prices and thrive when prices rebound.

This article Three Silver Plays That Can Weather a Short-Term Downturn by John Paul Whitefoot, BA was originally published at Daily Gains Letter.

Why every business needs an adventurer at the helm