Three Stocks to Profit While Market Struggles with Positive Return

But, if you listen to the overly optimistic statisticians, a bad January does not necessarily portend a bad year. Since 1962, in January, the S&P 500 has fallen by more than four percent nine times. But, when that occurs, the S&P 500 is actually up between February and the end of the year—though barely. During those nine years with losing Januarys, the average February–year-end returns tallied 1.08%. (Source: Ratner, J., “A weak January for stocks isn’t as bad as you think,” Financial Post, January 31, 2014.)

In the same time, the S&P 500 saw a positive return in five of the nine years—or 56% of the time. Looking at it another way, there’s a roughly 50/50 chance we’ll post a princely one-percent gain.

While many suggest stocks are being impacted by factors that weren’t present a year ago…I think they may be overlooking some glaring economic similarities. Yes, the Federal Reserve has begun tapering its quantitative easing policy from $85.0 billion a month to $65.0 billion a month. But it also said it would keep interest rates artificially uber-low for the foreseeable future. 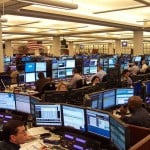 Aside from the pullback of easy money, how does January 2014 compare to January 2013? Economically, they look pretty similar; unemployment remains high, and those jobs that have been created have been in the low-paying retail sector. Jobless claims are up, wages remain stagnant, food stamp usage is at a record high, consumer confidence is down, and the housing market is in the doldrums.

While most analysts were expecting the S&P 500 to post a modest six-percent gain in 2014, that target might be a stretch. Earnings reality is finally seeping into the overvalued S&P 500.

In a year in which it looks as though the S&P 500 will be fighting to eke out a positive return, some higher-yield dividend stocks are looking increasingly attractive.