Ang Lee is renowned as a film maker who has never stood still within the confines of a single genre. The seasoned film maker has already explored the changing values of American society during the turbulent Seventies with The Ice Storm (1997), graced period piece drama via Sense and Sensibility (1995), engaged disillusioned southern rebels in the gritty western tale Ride with the Devil (1999) and even ventured into the realm of comic books with a highbrow interpretation of The Hulk (2003).

Lee is also occasionally renowned for his visual flair as displayed in his Chinese epic of yesteryear, Crouching Tiger, Hidden Dragon (2000). That flair is again briefly on show as the teaser for the director's latest work arrives with the first glimpse of the Life of Pi (trailer below).

Adapted from the award winning and hugely popular novel by author Yann Martel, Pi follows the precarious and almost spiritual journey of a son of a zoo keeper, who finds himself alone and adrift on the vast Pacific Ocean following the sinking of a freight vessel abound for Canada from the shores of India.

Well not quite alone, as Pi finds himself shipwrecked alongside some fellow travellers, namely an orangutan, a zebra, a hyena and not to mention a Bengal tiger.

This is a story that could almost play like a surreal take on The Jungle Book and be an instant candidate for the inevitable big screen adaptation.

The initial impression of the footage screened via this teaser is that Lee and cinematographer Claudio Miranda have provided a subtle but lushly crafted colour palette that manages to capture the emotions of the lone journeyman and his newfound animal entourage.

Delicate and pale blue, the beautifully animated tone of the ocean with its endless horizon seemingly provides a perfect backdrop for the odyssey about to unfold and emphasises nicely the striking visual beauty of the tiger whilst the shot of an almost underwater swimming zebra will linger in the memory long after the trailer has ended.

Heavy on elegant visuals, we hope that Lee has not sacrificed narrative and characterisation for a computer animated feast whilst lead Suraj Sharma will certainly have his hands full competing for attention alongside a potential man eating Bengal named Richard Parker.

The only drawback in this impressive reveal is to be found in the accompanying score, hopefully the heavy handed and telegraphed nature of the trailer music will translate into a less sugary arrangement come the finished feature. 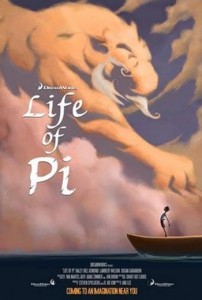 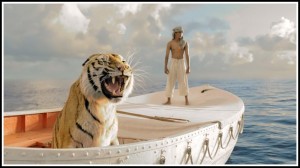 Ideas for a Cultural Day out in the Capital

Refurbished Gallery Reopens to the Public