Reject drugs where pharma fails to provide supporting evidence…which it does in up to 40% of cases, it says

The body that appraises the clinical and cost effectiveness of new drugs in England would do well to take a leaf out of its sister organisations’ books in Wales and Scotland, says an editorial in the Drug and Therapeutics Bulletin (DTB).

Between 30% and 40% of all new drug appraisals in the three countries have to be jettisoned, because the manufacturer in question has failed to supply the evidence needed to make the case for the drug, says DTB.

But unlike Scotland and Wales, where this situation usually prompts a recommendation for the drug to be rejected for use in the NHS, this is not the case in England, where such decisions are usually left up to the discretion of the local decision-making bodies.

This leads to “the inevitable duplication of effort and the potential for postcode availability,” it says.

“We believe that England should follow the example of Scotland and Wales and not support use of a medicine when the company does not comply with the submission process,” it contends.

While the appraisal processes in Scotland and Wales cover most new drugs and licensed indications for treatment, this responsibility largely falls to local commissioning groups in England. 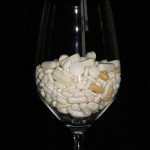 Pills in Glass by Pollo

DTB therefore also suggests that it might be more efficient and economical if just one UK body was responsible for evaluating the clinical and cost effectiveness of new drugs, given that all three bodies will be reviewing the same data.

“It could be argued that in a time of financial austerity, it might be more economical to run a single UK appraisal service to supply the same information to each appraisal committee (national or local),” it says.

Twenty years ago the NHS general practice drug bill came to £2.6 billion a year. Now those same costs have quadrupled to more than £10 billion a year.

During this time, the systems for evaluating the financial and clinical benefits of drugs has vastly improved across the UK, with the creation of three authoritative bodies in England, Wales, and Scotland, says DTB.

But these organisations shouldn’t be resting on their laurels, just yet, it says.

[Appraising medicines: improving but not perfect; editorial DTB Vol 51 No 12]