Advice to cut down on saturated fat has increased our risk

Observations: Saturated fat is not the major issue

It is time to bust the myth of the role of saturated fat in heart disease, argues a cardiologist on bmj.com today.

And he says the government’s obsession with levels of total cholesterol “has led to the over-medication of millions of people with statins and has diverted our attention from the more egregious risk factor of atherogenic dyslipidaemia” (an unfavourable ratio of blood fats).

Saturated fat has been demonised since the 1970s when a landmark study concluded that there was a correlation between incidence of coronary heart disease and total cholesterol, which then correlated with the percentage of calories provided by saturated fat, explains Malhotra. “But correlation is not causation,” he says. Nevertheless, we were advised to “reduce fat intake to 30% of total energy and a fall in saturated fat intake to 10%.”

He points out that recent studies “have not supported any significant association between saturated fat intake and risk of CVD.” Instead, saturated fat has been found to be protective.

One of the earliest obesity experiments, published in the Lancet in 1956, compared groups consuming diets of 90% fat versus 90% protein versus 90% carbohydrate and revealed that the greatest weight loss was in the fat consuming group.

And more recently, a JAMA study revealed that a “low fat” diet showed the greatest decrease in energy expenditure, an unhealthy lipid pattern, and increased insulin resistance (a precursor to diabetes) compared with a low carbohydrate and low glycaemic index (GI) diet.

Malhotra also points to the United States, where percentage calorie consumption from fat has declined from 40% to 30% in the past 30 years (although absolute fat consumption has remained the same), yet obesity has rocketed. One reason, he says, is that the food industry “compensated by replacing saturated fat with added sugar.” 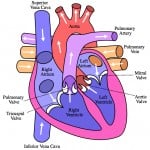 And despite the fact that in the UK, 8 million people take statins regularly, he asks why has there been no demonstrable effect on heart disease trends during this period?

Adopting a Mediterranean diet after a heart attack is almost three times as powerful in reducing mortality as taking a statin, writes Malhotra. “Doctors need to embrace prevention as well as treatment.

“The greatest improvements in morbidity and mortality have been due not to personal responsibility but rather to public health,” he concludes. “It is time to bust the myth of the role of saturated in heart disease and wind back the harms of dietary advice that has contributed to obesity."

Commenting on the article, Professor David Haslam, Chair of Britain's National Obesity Forum said: "It's extremely naive of the public and the medical profession to imagine that a calorie of bread, a calorie of meat and a calorie of alcohol are all dealt in the same way by the amazingly complex systems of the body. The assumption has been made that increased fat in the bloodstream is caused by increased saturated fat in the diet, whereas modern scientific evidence is proving that refined carbohydrates and sugar in particular are actually the culprits."

Professor Robert Lustig, Paediatric Endocrinologist, University of San Francisco added: "Food should confer wellness, not illness. And real food does just that, including saturated fat. But when saturated fat got mixed up with the high sugar added to processed food in the second half of the 20th century, it got a bad name. Which is worse, the saturated fat or the added sugar? The American Heart Association has weighed in – the sugar many times over. Plus added sugar causes all of the diseases associated with metabolic syndrome. Instead of lowering serum cholesterol with statins, which is dubious at best, how about serving up some real food?”

Finally, Timothy Noakes, Professor of Exercise and Sports science, University of Cape Town, South Africasaid: "Focusing on an elevated blood cholesterol concentration as the exclusive cause of coronary heart disease is unquestionably the worst medical error of our time. After reviewing all the scientific evidence I draw just one conclusion – Never prescribe a statin drug for a loved one.”