Last week was quite remarkable as the market had too many expectations but closed it with the least expected one.

As the week started off with the excitement after the groundbreaking Non-farm payrolls figure, many expected the dollar index to break resistance after resistance, but the dollar excitement did not really last long and soon after dollar profit taking started to stabilize the USD crosses across the board.

The biggest excitement, yet fear was in Europe with the “Grexit” fears still ruling the market. All eyes were on Euro zone finance ministers meeting on Wednesday and the EU leaders’ summit on Thursday where the ECB president Mario Draghi and IMF’s Managing Director Christine Lagarde participated. These two Greece concerning events involved high importance as on the 6th of February the Eurogroup officially gave Greece a 10-day ultimatum to stop all demands and resume working under the Bailout program, or face a liquidity collapse and effective expulsion from the Eurozone. Well, neither Eurogroup nor Greece’s new administration could out-bluff the other side; thus no agreement was made after the meetings. Ultimately, this Monday the 16th is the final day for Eurogroup’s 10 day ultimatum for Greece.

Why is it essential for Greece to solve its liquidity issue?

Greece needs just 5 billion Euros until July, which would help the country to re-arrange its current crisis while they could re-negotiate the terms and conditions of the existing bailout program with its creditors, Troika. But, Eurogroup already gave their speech, Greece has to follow the rules or face being expelled from the union.

What is the catch for Germany? 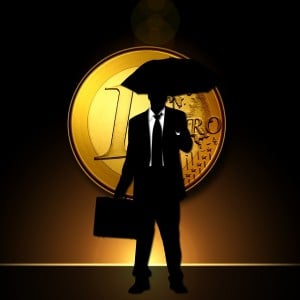 Germany understands solving the Greek issue at its current phase is the cheapest option compared to any possible Greek exit scenario. Based on the recent analysis saving Greece would cost Germany a total of 600 billion Euro for the next 5 years, whereas letting Greece leave the Euro zone would cost Germany over 1.25 trillion Euros. Math makes sense but there is a catch.

If the Germans accommodate any Greek demands now, they will then have to accommodate Italy, Spain, Portugal, Ireland, and any other country that wakes up with their bailout demands in mind.

Nonetheless, Germany and the rest of the leading European economies have refused to discuss any other capital supply not a debt write-off unless the Greek administration sticks to its previous commitments and follow the rules set.

This Monday will have its importance for the Greek negotiations as there is a need to resolve the issue. The Greek finance minister will have to submit a new bail-out extension request by Monday which should be in line with the EU leaders’ request. May it be the case that the Greek fail to meet the EU demands or the EU ignores the Greek demands, there will be no other possibility of getting more money from Eurozone, thus leading Greece to default.

Volatility! Too much of volatility!

If there is no agreement made, the Greek default will become inevitable. If Greece defaults, Euro will go under massive pressure. With such scenario EUR/USD parity is no more an option but appears as a resistance line.

But it appears that, the 16th is not a set stone deadline and negotiations could continue probably for another one week. Hence it is time to wait and see.