To prosper in a crisis, adopt the strategy of large family businesses!

New research shows that operating more like a family business could help companies to remain consistent through economic cycles instead of mirroring them.

Alain Bloch of HEC Paris, director of HEC Entrepreneurs and co-founder of HEC Family Business has found that the stability of the management team constitutes a key element of being resilient in times of economic downturn.

Dr. Bloch and his team analysed 149 publicly traded family-led businesses with revenues of more than $1 billion, located across seven countries. They compared them to similar non-family businesses during the period of 1997 to 2009.

The study highlights three main steps that family owned businesses take in order to remain financially stable. These steps could be applied by non-family businesses to build resilience to market turmoil.

1. Manage the company money as if it was your own; don’t spend more than you earn and borrow little

Deciding against traditional management principles that advise going into debt to maximize leverage of investment could make companies miss out on great opportunities but since they incur little debt, they are less likely to make financial sacrifices during periods of recession. Family business leaders generally prefer organic growth, partnerships, joint ventures, and acquisition of small companies rather than large ones. 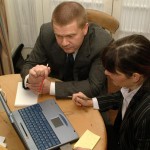 Contrary to general belief, family businesses are strikingly more diverse and internationalised than their non-family counterparts. Companies should avoid putting all their eggs in one basket and instead, invest in different sectors and countries. Thus, when one country or sector suffers from a recession, they are supported by profitable activities elsewhere. A sensible mix of ambition and caution builds greater resilience.

Companies should work smarter to better retain talent. Instead of offering substantial financial incentives, firms should value their employees more and invest more in training and. Avoiding extensive layoffs in times of downturn leads to employee engagement and enables firms to keep skills and expertise in-house.

"Resilience strategies are already being implemented in non-family groups such as Nestlé, Saint-Gobain,and Essilor. At Accenture, for example, overall turnover is huge, but the management team has 25 years of seniority. It is difficult to think in terms of sustainability when the leadership changes every four years and market pressure is at its strongest."

Bankers – too big to tax