MPs have given Tom Winsor their backing as the new Chief Inspector of Constabulary for England and Wales against the wishes of Police officers.

The rhetoric couldn't be clearer from Tom Winsor, there will be cuts and those cuts will be there to ensure private sector styleÂ money management in the police force where budgets are to be managed with optimum efficiency.

All sounds rather good doesn't it? Unless you are a police officer or the victim of crime that is.

It is this super efficient police force that will pave the way for privatised policing as predicted by UK head of G4S, David Taylor-SmithÂ in a recent article in the Guardian.

Privatisation of the British Police force may seem a little too outlandish for many people, but when you consider the mounting pressure on budgets and recent cuts directed at the police then it almost seems inevitable that one of the most envied police forces on the planet could end up doing the bidding of the rich and powerful.

Oh! Hang on, they already areÂ albeitÂ via laws proposed and passed at the behest of the banking system and the powerful cabal of entrenched politicians bought off by the banks who now sit on both sides of the house of commons.

But an overtly privatised ownership of the police will galvanise hatred towards the force who will be viewed moreÂ visibly and directly as the boot boys of the financial and political elite.

Outsourcing of crimeÂ investigationÂ andÂ intelligenceÂ management alone takes us into a new realm where the chances of corruption are unimaginably magnified and this is what serving officers fear the most aside from Tom Winsor'sÂ recommendationsÂ where retirement age will be raised to 60 and pensions and starter salaries are slashed.

In other words removing the main incentive for joining the police in the first place.

The public sector is supposed to be exactly that, public and not subject to the ebbs and flows of financial constraints, which is why the corrupt state capitalist system we currently exist under will always fail us whilst there is a limitation in budget due to funding from tax returns and a international bond/debt markets.

We must look at funding the public sector some other way throughÂ literalÂ wealth creation where inflation exit points mean that such printing of money does not result in an inflation overload and there are many options for exactly that.

But if the Police are ever to regain the trust of the public to support them in this most desperate of times for British policing they must first serve the public and not the banking system which they currently do indirectly.

The irony is that it is the very banking system that the police are protecting, which will mean the end of early retirement and slash their pensions/pay and make them work longer hours.

Tom Winsor's statement saying that the Police need to be out on the streets and not behind desks was a sugar coated pill where the blatantly obvious was stated to try and win favour from officers frustrated by the time they must spend on paperwork as opposed to getting on with the business of fighting crime.

But what good is crime detection when the judicial sentences are not there to justify an arrest?

Again this leads us back the place where laws are passed and by whom and at theÂ recommendationÂ of whom and the vested interests therein.

This is why the Police force should be funded regionally by money created on a localised scale to serve the regions where laws are can be vetoed, rewritten, conceptualised orÂ approvedÂ by a region in case it is contrary to will of the public.

This may seem ludicrous because that may mean there are regional differences in laws across the country. But that is exactly what they have in the United States and it seems to function well enough over there. It could, if the decision making process was open to public vote, mean that fewer members of the general public overall would be criminalised but convictions for crimes the public really cared about would be made by a judiciary influenced byÂ publiclyÂ decided sentences.

Our police must not expect support form the public until this is realised and put into practice, I know what the police have to go through on a daily basis to pull in a living wage and I sympathise with them up to a point.

There is one very quick and simple Â way which the police can gain public support and that is to not participate or support the evictions of families who have fallen behind in their mortgage payments.

I must say the very fact that suchÂ enforcementsÂ are in practice today in light of recent banking scandals, corruption and the fact that in a fractional reserve system there is no moral obligation to honour a loan where money is created by the borrowers signature and not borrowed against investors' savings, leaves a very bitter taste in the mouths of a public who are at breaking point.

Police as individuals and as a collective have a very clear choice to make and time is running out for them before they see every safeguard and monetary incentive removed from the table by people with no experience in the police force such as Tom Winsor. 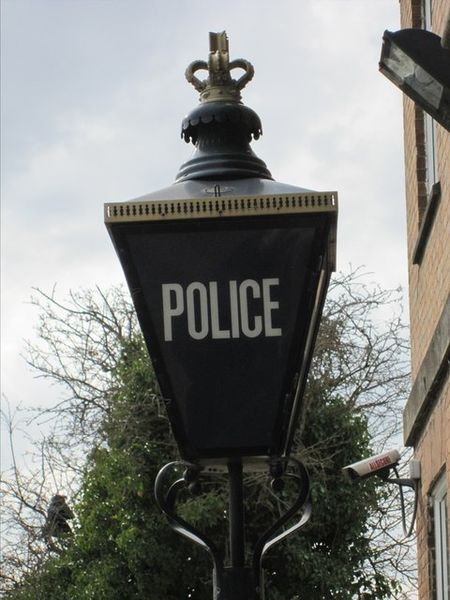 The key difference between inflation and GDP targets

Inflation in India: some solutions