Top Economical Cars of 2012: A Reflection

Running a car can be an expensive business. After the initial outlay of buying your vehicle, you need to pay for your motor insurance, road tax, and the general upkeep of the car – and that’s before you start to consider the cost of fuel, which can cost the average driver around £2,000 a year. 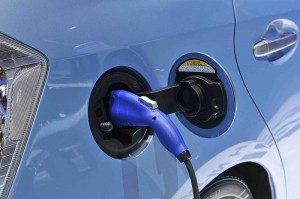 Car manufacturers seem to understand that the fuel efficiency of their vehicles has become both a financial and ecological concern for consumers, and new innovations in car design reflect this; new vehicles can be around 18% more fuel efficient than their predecessors. This will have a positive effect not only on drivers’ wallets, but on the pollution problem which affects all of us.

The Prius relies on electrical charge for journeys within a certain radius – around 11 miles – meaning that for inner-city or local driving it’s a remarkably efficient vehicle. Outside of this range it runs on petrol or a combination of electric and petrol power. This 5-door hatchback would make a great family car, especially if you live near your child’s school – it would be possible to do the school run without using any petrol at all.

The product of the marriage of the Chrysler brand with that of the Italian car manufacturer Lancia. For a super-mini there’s a surprising amount of room. It gets 69 miles to the gallon and has 97g/km Co2 Emissions from the exhaust, putting it in tax band A.

Smart cars have become a ubiquitous sight on the streets of cities in the UK. This two-seater, rear-wheel drive minicar is certainly nippy and ideal for parking in cramped spaces in city centres – plus you can store a surprising amount of shopping in them. The Fortwo ED is the electric version of the Smart car. With a range of 68 miles and a top speed of 75 mph, it has all the power you need for urban driving. It takes between four and eight hours to fully charge the car.

Another car in the well-known supermini shape, the Fabia Greenline has a1.2-litre three-cylinder engine that gives it emissions of 89g/km of CO2. A 300 litre boot and lots of passenger headroom make the Fabia Greenline a surprisingly spacious car. It has a number of neat economical features, like an automatic stop-star system to stop you idling at junctions and traffic lights, and a system to regain lost energy from braking.

Eco cars may have cheaper tax, but unfortunately still require insuring. Find a car insurance quote from The Co-operative Insurance today and get enjoying your new green way of driving.

A dinosaur with ‘mojo’