Federal Reserve Chair Janet Yellen has confirmed what most already knew. The recovery in the U.S. jobs market is far from complete. Yellen noted that the unemployment rate has improved since the Federal Reserve initiated its last round of quantitative easing in late 2012, falling from 8.1% to 6.6%. Curiously, in 2013, the U.S. economy grew just two percent.

For the head of the Federal Reserve, this translates into more money being dumped into the bond market ($65.0 billion per month) and a continuation of artificially low interest rates.

With interest rates near zero, short-term bonds, certificates of deposit (CDs), and other traditional income-generating investment sources are paying investors next to nothing. Case in point: 10-year government bonds currently provide an annual yield of 2.6% and 30-year Treasuries yield 3.6%.

Those kinds of returns will do nothing for investors looking to build up a retirement portfolio that’s been left devastated by low interest rates. And unfortunately, after more than five years, many Americans have resigned themselves to living in a world of low interest rates. 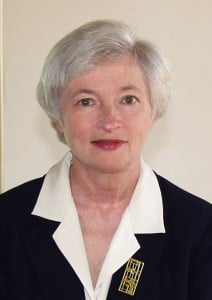 It’s not a total surprise to see why some investors are becoming increasingly drawn to high-dividend-yielding stocks and exchange-traded funds (ETFs). Despite there being a number of ETFs that use the word “high dividend,” none of them really are.

When you hear “high dividend,” you might think you’re looking at something offering an annual yield of five percent or more. Vanguard High Dividend Yield Index ETF (NYSEArca/VYM) provides an annual dividend of 2.92%. The iShares Select Dividend (NYSEArca/DVY) ETF is a bit better at 3.14%—but that’s not going to entice income-starved investors.

Now, granted, you don’t want to chase a stock just because it offers a high dividend, but it doesn’t hurt to add a few financially solid stocks with higher yields to your retirement portfolio. And with the markets see-sawing right now, a lot of solid companies are providing higher yields.

How to achieve a good credit rating