Well it was inevitable wasn't it? Not even a week has passed since the home secretary, Theresa May, was floating the idea of the UK leaving the European Convention on Human Rights (ECHR) before Nigel Farage had to point out to her that this was a non-starter unless we also pull out of the EU and now the old Tory Heavyweight Ken Clarke, minister without portfolio, puts in his two penn'orth saying that he didn't recognise such a party policy.

So just where do the Tories stand on the issues of the EU and ECHR?

Well one supposes that it is exactly the stance taken by Labour and the LibDems – they are all totally wedded to the EU project and will say anything to the domestic UK electorate to give the impression that they are taking a balanced view based on the needs of the country and the views of the voters.

Now, how many people these days believe that their (Lib/Lab/Con) commitment to the EU will ever be dented by the needs of the UK or the views of the people?

Ken, talking to the Telegraph, takes the view that recent very hard won high profile cases that resulted in eventual victory in such instances as the deportation of Abu Hamza is proof enough that we don't need to do any tinkering with our relationship with the EU and ECHR.

But the fact that one of the most free and democratic nations on the planet (until the EU gets its talons dug further in to us) has to justify itself at great expense in trying to deport such people as the odious Hamza actually proves that the system is bust and no amount of spin will change that common sense view.

The ECHR has morphed from an organisation set up to protect the citizens of Europe from nasty regimes into an organisation that protects terrorists that would do us harm and those that support them from the proper lawful attention of a democratic state. So why are some people so keen on us remaining tied to the ECHR apron strings? 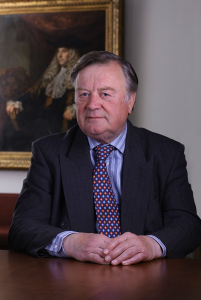 No Great Rush To Switch Banks

After the public sector strikes