Tracey Emin, speaking this morning on the Andrew Marr Show, espoused the virtues of what she now sees as our meritocratic UK. She claimed that the last twenty years have seen a change from the class system hindering the most able from rising to the top, to a country where the best can truly thrive.

Ms Emin spoke proudly of her drawing skills and her role as a professor of drawing. She was then quizzed about her political views as a Conservative and her reasons were based around her notions of this new meritocracy. She went on to describe her feelings that we all need to pull together to face the cuts that need to made and presumably she would include the huge cuts in arts funding as well.

As a professional artist I am not given to publicly criticising other artists. But I’m afraid Ms Emin’s views simply came across as naive. If her claims of a UK transformed over the last twenty years from a class riven system to a meritocratic utopia are true then surely she should be a New Labourite? As they are the ones who must have brought much of this change about as they were in power for most of her mused period of miraculous renaissance.

The inconvenient truth for Miss Emin is that, as a conceptual artist, she was in the right place at the right time. But her talents as a fine artist are limited and it’s very easy for someone to think the way she does when they are sat on top of the tree looking down. However I really do think that, rather than preach to us on how we should all grin and bear the cuts to the arts and everything else, she should think herself very lucky to be where she is and appreciate that not everyone can be as lucky as she has been, a fact she appears to be completely oblivious to.

But the comment that said most about what Ms Emin really thinks about the new meritocracy came with her final comments on the Monarchy: ‘I really, really love the Queen.’ 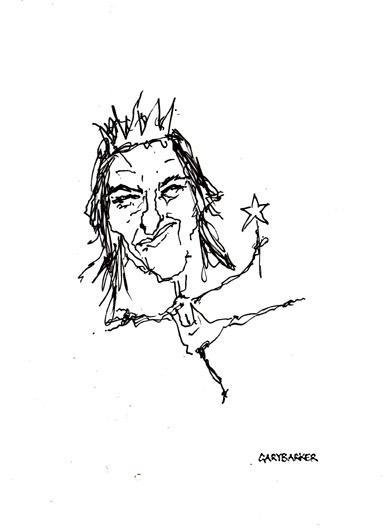