Ahead of the release of the Chinese Trade Balance figures this Friday, Richard Fossett, CEO of TradeRiver Finance comments on the state of domestic demand and the rebalancing of the Chinese economy:

"The trade figures we have seen in recent months are hugely positive for the world's export powerhouse. In the previous two months, exports have rebounded and are looking strong; surprisingly imports have also been on the up, rising 7% year-on-year in September, leading to a more optimistic outlook on the state of domestic demand and the drain that the housing market is having on the economy. Whilst the slowdown in the country's growth may be alarming when simply looking at the figures, with the target of 7.5% for this year looking increasingly unlikely to be achieved, it may well point towards a longer-term, more sustainable growth. 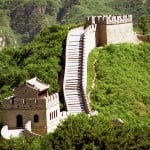 "The government are in the process of a tricky rebalancing, attempting to shift the country's focus from its dependence on exports toward domestic consumption, and there will no doubt be issues when trying to restructure the world's second largest economy. Beijing have managed to quell the country's reliance on the murkier areas of the shadow banking sector, and have seen export growth increasing whilst trade financing has been falling. Whilst there may need to be more caution relating to access to credit for SMEs who require it to survive, the overall message is that the rebalancing is in full swing. With China's customs agency predicting further strengthening imports and exports in Q4, the picture for the country is looking a little less alarming than initial growth rates would suggest."

A Decade of Low Interest Rates has Squeezed Savers