As the same sex marriage debate rumbles on it is worth pointing out that traditional marriage is not sexist or genderist as any eligible man or woman in the UK can marry any eligible person of the opposite sex.

Marriage is therefore open to everyone.

Therefore no eligible individual person is prohibited from marriage on the grounds of sex or gender.

There is nothing wrong with having two different words or sets of words for an opposite sex union and a same sex union, as long as they are equally valid in the eyes of the law. And the terms and concepts of ‘marriage’ and ‘civil partnership’ fit the bill nicely. After all, are we to redefine words like ‘heterosexual’, ‘homosexual’ and ‘lesbian’ so as to make them relate to all sexes and genders? No, that would be a nonsense. So why the concerted attempt to change the traditional definition of the word ‘marriage’?

Providers of marriage and civil partnership have the choice of what service(s) they wish to offer – as long as the choice they make is not based on hate or homophobia. And this is where the real argument should be based.

Would the church, by offering marriages but not civil partnerships, be acting based on hate or homophobia? The church would no doubt profess to loving all people whatever their sex or gender and that they only offer marriage as defined by God. But when viewed in the context of the church’s view over celibacy for homosexual priests and women as bishops there is a legitimate view that the church may be acting out of a sort of indirect homophobia. 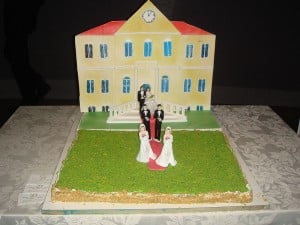 Then of course is the view that offering differently named services for different groups could stigmatize one of them, which may be true in the short term, but given time could become accepted by all. So the only way to prevent this stigmatisation is to open up marriage to same sex couples and drop the concept of civil partnerships. Then everyone, regardless of sex/gender would be able to choose the wedding they wanted, where they wanted and with the institution of their choice. But that would mean confronting, defeating and alienating those with very deeply held religious beliefs.

But when considering the relatively few numbers that actually attend churches regularly one has to wonder why so many people are so uptight about forcing religions to go against their beliefs anyway. Unless of course it’s just for that fairytale day at the altar instead of the need to have the union blessed by God. But if it is just for that reason then maybe the call to force churches to offer civil partnerships or same sex marriages loses some, if not all, validity.

But, as humans now generally believe that they have replaced God as rulers of the planet (and the universe in general), the church will be ground down into accepting civil partnerships, in fact it may well be forced into openly declaring that God blesses all unions whether opposite or same sex, while having a sex and gender based positive discrimination stance on the appointment of priests and bishops. But is that a declaration that humans can make on behalf of God?

Or is it now time to tell God that the human race has come of age and that, if we are really free to make our own choices, then God should bless those choices we have made. But again, which human or court has the authority to dictate to God. And remember that the whole UK constitution is currently based on the existence of God via the monarchy, which maybe why the government plans to ban the Church of England from offering same sex marriages.

Mitt Romney and the best Democracy money can buy