Which? is calling on travel companies to hang up on costly calls after they found 70% of travel firms using high rate telephone numbers for customer services or complaints.

The worst offender was airline Jet2.com which charges 60p per minute on an 09 premium rate number for its general enquiries helpline. Airlines including Ryanair, Monarch Airlines, FlyBe, KLM, Aer Lingus and Lufthansa also use 0871 numbers for reservations, complaints or other customer enquiries. Which? also found 15 of the biggest train operators using 0844 or 0845 numbers for their customer helplines.

Following their investigation of 76 firms, Which? is renewing its calls for travel companies to be subject to the EU Consumer Rights Directive (CRD), which states that customer helplines must be charged at no more than the basic rate. The Government is currently consulting on whether to include travel, timeshare and package travel in the ban.

Which? believes consumers should not have to pay a premium to make a complaint, or be faced with a high phone bill if they want to speak to a company. The Which? Costly Calls campaign wants all companies to provide a basic rate number for all customer service and complaints telephone lines.

"Going on holiday is meant to be a pleasure but there is nothing fun about being whacked with a costly call. It's a disgrace that people face bumper bills just to ask a question or make a complaint about their travel booking. The Government should close the loophole that allows travel companies to use costly phone numbers without delay."

Other findings from their travel investigation include:

• Typically the 0871 numbers we found in the travel sector cost at least 10p per minute to call from a landline, but could be substantially more from a mobile phone. 0844 and 0871 numbers are not included as standard in inclusive call packages from landlines or mobiles. 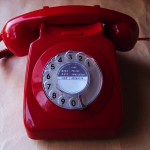 The Which? Costly Calls campaign is calling for:

• The Government to extend the CRD ban to the travel industry as soon as possible.

• Public bodies to lead by example and ban costly numbers across the board in a consistent way, overseen by the Government.

Nearly 48,000 people have already pledged their support to the Costly Calls campaign – consumers can support the campaign here (www.which.co.uk/news/2013/10/travel-firms-should-send-costly-calls-packing-336880/#?intcmp=HP.hero.large.1.wcunews.costlycalls.oct10).

Don't Toss That Coupon: How to Help the Military Overseas