Retail bosses told Danny Alexander, the Chief Secretary to the Treasury, that many retailers were balanced on a knife's edge.

The Telegraph reports that, in a meeting where there was a 'frank exchange of views', retail basses said that they needed government help to create jobs and so aid the economic recovery. They also told him that £670 million of government cuts were being absorbed by the sector and any extra burden could drive sales down.

With chains like HMV and even Primark reporting weakening sales into February this should be a worry to the government.

Mr Robertson said "Retail chief executives are telling me that, apart from a bit of a boost from half term, February's sales were pretty weak." And that "Against a background of deteriorating sales, the Chancellor needs to support retail in creating new jobs, particularly new jobs for young people, by avoiding any new burdens and removing existing barriers." 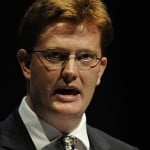 The BRC sent a 'retail led recovery' plan of 20 points to the Chancellor George Osborne at the week-end with one of the points calling for the postponement of the planned fuel duty increase in April until the economic picture improves, something that the government appears to have done.

But one wonders if government support for retailing would effectively amount to a government bailout of retailing. But at the end of the day where would that get us? If people cannot afford goods and services because of frozen wage packets, redundancies and rising taxes then we need fewer retail outlets. Especially when you can get a better deal over the internet.