Tree of Life, masterclass meditation or self indulgence

Increasingly at odds with the trappings of the modern world whilst questioning his adult accomplishments, architect Jack O’Brien (Penn) ponders on the death of his younger brother and begins to recollect his formative childhood experiences as one of three siblings growing up in Texas during the fifties.

As Jack attempts to evaluate and place into context the often troubled relationship with his father (Pitt) and the warmth felt towards his mother (Chastain), the troubled architect begins to question his own place and purpose amongst the greater scheme of things as both nature and faith are placed under the spotlight.

Terrence Malick is not the most profilic film maker and has embraced the screen only five times since Badlands debuted in 1973 and whilst his themes have generally focused on the human and moral issues surrounding each period setting, Tree of Live goes for the big one and ponders the question of existence itself.

The structure of the film is in part reminiscent of the director’s absorbing adaptation of the Second World War novel The Thin Red Line (1998), like the American soldiers finding themselves contemplating issues of morality and faith between gunfire, Tree of Life provides personal monologues by it’s central protagonists and here the subject matter is not war but life itself.

With a lack of narrative the film attempts to guide the viewer with the impressionistic and sometimes fragmented memories recalled by Jack, these moments reflect a time when the basic lessons of life, it’s rules and experiences are first encountered (first slap by a father, first entrance into a holy environment, first awareness of a girl in a class, first brick thrown through a window, first awareness of bereavement, first feeling of guilt, etc).

Not content with confining Jack’s meditation to the confines of human relationships, the director branches out to examine the individual’s role in nature as even the creation of time, space and the origins of life are pondered upon within the turbulent mind of one man.

These events are shown on a visual scale and grandeur probably not seen since 2001: A Space Odyssey (1968) and are displayed via a barrage of incredible images backed by an intensely operatic score provided by Alexandre Desplat (which also manages to connect with Jack’s father and his love of classical music).

But was the inclusion of dinosaurs acting out the role of hunter and hunted in a pre-historic Northern American landscape just a step too far for some viewers?

It certainly was in May 2012, where the first screening in Cannes produced a split reaction from it’s audience prior to the film winning the converted Palme d’Or.

As for the performances, Pitt probably gives a career best as the hierarchical and stern father intent on teaching the harsh realities of life to his children whilst Chastain counter balances this with an ethereal and at times earthly portrayal of the mother figure. 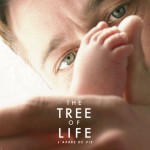 Penn looks suitably troubled and contemplative throughout whilst the character of Jack is mainly portrayed in childhood form by McCracken.

Ultimately, all this examination asks a lot from the viewer and the film itself carries an almost religious undertone hinting at a link between all things natural and spiritual whilst the cryptic and surreal closing scene may prove too much for some.

Destined to continue to divide opinion, Malick’s meditation on life is beautifully crafted, filmed and highly ambitious whilst at times perplexing. It begs interpretation and generally succeeds as a soul searching exercise, even if some moments seem overblown and at times slightly indulgent.

Whilst I thoroughly enjoyed the film, there is no doubt that Tree of Life will not suite everyone and some may even find it overly pretentious. 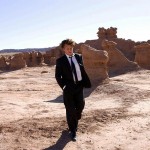 Edinburgh Fringe Festival – Matt Rudge: We Could Be Heroes

A British Hero, A Son Of Merthyr: Howard Winstone