Ahead of the release of the UK’s public finance figures the Pound was trending in the region of 1.39 against the Euro and 1.57 against the US Dollar. Sterling fluctuated on Thursday following the publication of mildly disappointing UK retail sales data but ultimately declined against the Euro because of developments in Greece. The GBP/EUR pairing continued trending in a weaker position despite the German GfK Consumer Confidence survey printing below expected levels and the French Services/Manufacturing PMI’s falling short. Meanwhile, shifting Fed rate hike speculation and mixed US releases helped ‘Cable’ recover ground prior to the nation’s Markit Manufacturing PMI surfacing. This morning’s UK public finance data could be a cause of GBP exchange rate movement.

Although Greek Prime Minister Alexis Tsipras announced that he would be resigning in order to facilitate snap elections, the latest episode in the Greek saga was taken as a Euro-positive event as it could smooth the way for the Hellenic nation’s recovery. The common currency advanced on rivals like the Pound and US Dollar and managed to hold gains in spite of the publication of disappointing ecostats for the currency bloc on Friday morning. German Consumer Confidence and Services PMI figures fell short of forecasts while both the French Manufacturing and Services sectors suffered setbacks of their own. Euro movement could be occasioned later today when the Eurozone publishes its own sentiment measure.

During the local session the US issued a rather mixed bag of domestic ecostats. Initial jobless claims rose by more than expected in the week ending August 15th while a gauge of Leading Indicators printed at -0.2% in July rather than the 0.2% expected. However, US Existing Home Sales rose by more-than-anticipated and the Philadelphia Fed measure advanced from 5.7 to 8.3. With prospects for a 2015 US interest rate revision so tied in to local data, the below forecast results saw the US Dollar falter. Chinese growth fears also helped the Pound edge back to the 1.57 level as they were seen to up the odds of the Fed delaying hiking borrowing costs. Today’s US Markit Manufacturing PMI could see the ‘Greenback’ come under pressure if it fails to print at 53.8 as expected.

With iron ore set to post its first weekly price decline in over a month, the Australian Dollar softened against several of its main competitors. Chinese slowdown concerns have really hit commodities hard over the last couple of weeks and the news that China’s Caixin General Manufacturing PMI moved further into contraction territory in August piled additional pressure on the South Pacific asset. 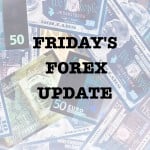 During the Australasian session New Zealand’s Credit Card Spending data revealed a sturdy 1.7% month-on-month increase in July and an annual gain of 9.7%. The positive result helped the ‘Kiwi’ weather the latest batch of bad Chinese news better than its Australian relation and it remains trading slightly higher against both the Pound and Euro.

Commodity price concerns kept the Canadian Dollar on the back foot and the currency failed to derive much benefit from the news that domestic Wholesale Sales climbed by 1.3% in June, month-on-month, rather than the 0.9% expected. However, if today’s Canadian reports print as expected (with consumer spending growth slowing but inflation rising) the ‘Loonie’ may start trending higher during the North American session.

Signs of slowing manufacturing output in China drove the Rand to 13 Rand per Dollar, its weakest level in 14 years. The South African currency also hit a new record low against the Pound and slipped to a multi-month low against the Euro. With no South African data set for release today, US news and any movement in the commodity market will be the main causes of Rand fluctuations.