Government commitments to tackle climate change are under threat at home and abroad following the successful blocking of moves to reduce carbon emissions in Warsaw and the news the Prime Minister has told aides to 'get rid of this green crap' from energy bills, says the TUC yesterday.

Representatives from unions and non-governmental organisations (NGOs) around the world staged a walk-out protest at the Warsaw Climate Conference earlier today after developed countries including Japan, Australia and Canada blocked any international progress towards reducing carbon emissions.

This is the first time that unions and NGOs have walked out of an international climate conference and did so after taking the view that government representatives are putting the interests of energy companies ahead of the billions of people affected by climate change.

The TUC is particularly disappointed with the attitude of the Prime Minister, who is openly talking about reneging on the UK government's green commitments. The uncertainty this is creating is putting businesses off investing in low-carbon technologies and is also putting thousands of future jobs on the line, warns the TUC.

The organisations that walked out of the conference at noon today include the International Trade Union Confederation, along with the international bodies for Greenpeace, Oxfam, ActionAid, the World Wildlife Fund and Friends of the Earth.

TUC General Secretary Frances O'Grady said: "The effects of climate change are killing people across the developing world. But progress on tackling rising global temperatures is under threat at home and abroad. 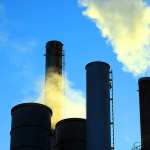 "The Warsaw Conference provided another last chance for developed countries to make a proper commitment to reducing carbon emissions. Instead, their leaders have put the interests of rich, polluting energy companies over their own citizens and failed to reach any meaningful agreement.

"Reducing carbon emissions is not just a moral obligation – it's a huge economic opportunity too. As many of our competitors increase investment in low-carbon technology, the Prime Minister – through his attack on green levies – is sending a message to business, consumers and international bodies like the UN about the UK government's commitment to climate change.

"Ducking out of the global race for green growth by dithering on green investment could cost our economy billions of pounds and thousands of potential jobs.

"David Cameron needs to show greater leadership and make good his earlier commitments to tackling climate change. He can start by persuading the Chancellor to announce an ambitious low-carbon investment programme in next month's Autumn Statement."

Helping people with learning disabilities to understand ageing and dementia