The government's General Anti-Abuse Rule (GAAR) is so poorly designed that it will allow 99 per cent of tax avoidance to continue, according to a tax briefing published today (Monday) by the TUC.

The TUC is concerned that as tax loopholes are so narrowly defined under the GAAR, it would have failed to deal with any of the big tax scandals uncovered in the last year – including those infamously exploited by Google, Amazon, Starbucks and Npower – had it been in place at the time.

According to the government's own estimates, the GAAR should raise £40-£60m annually over the next few years, but that's just 0.2 per cent of the estimated £25bn that is lost to the Treasury through tax avoidance every year, says the TUC.

As a result of its inherent weaknesses, the TUC believes the government should scrap the GAAR and wants the Chancellor to announce tougher new regulations in his autumn statement later this week.

• All potential abuse is subject to an Orwellian 'double reasonableness' test. A tax loophole is allowed to be used unless it cannot reasonably be regarded as a reasonable course of action. This effectively allows all widespread tax abuse to pass the test.

• Any new anti-avoidance rules have to be agreed by a panel of experts. The qualification criteria is such these experts will inevitably be drawn from tax firms or the tax departments of businesses – the very people likely to take advantage of the loopholes the panel is supposed to be closing down.

• There are no penalties for using a loophole that is under investigation by the GAAR. This means there are no disincentives for companies to continue using these loopholes to avoid tax, until such point as the GAAR finally calls time on a particular tax avoidance plan.

The TUC believes that the UK cannot afford to lose an estimated £25bn a year in revenues through widespread tax avoidance by super-rich individuals and multi-national companies. Such a degree of tax abuse also creates an unlevel playing field, with big companies able to undercut smaller ones – who have less access to tax expertise – by avoiding paying their fair share of tax.

The TUC wants the government to introduce a new General Anti-Avoidance Principle that explicitly seeks to cut tax avoidance by billions, rather than by tens of millions.

"Hard-pressed households are rightly angry that big business and the super-rich are continuing to dodge tens of billions of pounds worth of tax every year. 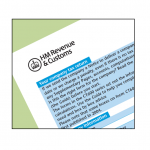 "Recent scandals involving high street names such as Google and Amazon have pushed tax avoidance up the political agenda and finally forced reluctant politicians to act.

"But the government's supposed clampdown on tax dodging – the General Anti-Abuse Rule – is letting 99 per cent of tax avoidance activity continue to slip through the Exchequer's net.

"What was once a laudable plan has been hijacked by the tax industry and turned into a damp squib. The government itself admits that the rule will only claim back around £50m a year – a mere drop in the ocean considering the scale of the UK's £25bn tax-dodging industry.

"The Chancellor has the perfect opportunity this week to announce a proper crackdown on tax dodging. He should beef-up the anti-abuse rule so that it closes down loopholes and raises billions, not millions, for ordinary taxpayers who have no choice but to pay the level of tax the government says they should."

Achieving a sustainable recovery: where next for business investment?

Markets quiet again ahead of US jobs data frenzy