Around half of the net growth in female employment in 2014 came from women moving in to lower-paid part-time jobs, according to new analysis published by the TUC today (Monday) ahead of its annual Women’s Conference.

The TUC analysis comes just a week after Price Waterhouse Coopers revealed that the UK has the third lowest proportion of women in full-time employment out of the 27 OECD countries.

The TUC says that women who moved into part-time jobs during 2014 were typically employed on much lower rates of pay than women moving into full-time work.

Over four-fifths of the net growth in women’s part-time employment in 2014 was in jobs like clerical, caring and cleaning work.

By contrast, just over half of the net jobs growth in female full-time employment was in managerial and professional occupations where average hourly pay for full-time women is £17.73 and £18.28 respectively (although around four in ten new female full-time jobs were still in predominantly low-paid occupations). 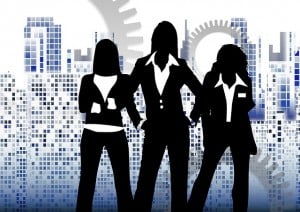 The TUC says the contrast in pay rates between full-time and part-time work highlight the lack of well-paid jobs for women who do not work full-time, and that across the economy new jobs for women are still far too concentrated in low-paid sectors.

In 2014, women were also more likely to move into self-employed jobs than men. Women’s self employment accounted for 88 per cent of net female jobs growth last year and all of that was in part-time self employment.

The most common part-time self-employed jobs for women in 2014 were hairdressers and cleaners which are roles that typically pay below the living wage.

The TUC says that while many women choose to work part-time, there has been a marked increase in the number of women moving into part-time jobs since the recession because they couldn’t find full-time employment.

There are still 300,000 more women working part-time who would like a full-time job than there was at the end of 2007.

“There is a big divide between women working full-time and those working part-time and far too many new jobs are in low-paid sectors.

“A large number of part-time women are moving in to sectors like social care and cleaning where wages are low and contracts are often insecure.

“Unless we create better-paid part-time and flexible work opportunities, far too few women will see any real benefit from the recovery.”