Â Ratings agency Fitch this week announced that it has upgraded Turkey’s long-term foreign currency Issuer Default Rating from BB+ to BBB- and the long-term local currency rating from BB+ to BBB. This means that Turkey has regained its investment grade rating for the first time since Moody’s downgrade in 1994.

Commenting on its move, Fitch highlighted that Turkey had narrowed its current account deficit and lowered inflation. The ratings agency also cited Turkey’s favourable government debt dynamics, sound banking system and a relatively wealthy and diverse economy which it expects to grow by 3.0% in 2012, followed by 3.8% in 2013 and 4.5% in 2014.

While the timing of Fitch’s announcement was earlier than many investors expected, markets have been pricing in an upgrade for some time and this – combined with resilient growth from the domestic economy – has resulted in very strong performance from Turkish equities in recent months. Indeed, the MSCI Turkey Index has delivered 52.1% in US dollar terms in the year-to-date, way ahead of the 15.6% rise in the wider MSCI Emerging Europe Index*.

As a large importer of oil, Turkey was a major beneficiary of the relatively weak oil price environment in the first half of the year and we had significant exposure to Turkish equities in this period. However, while the long-term growth outlook for Turkey remains attractive, we believe the market may stall in relative terms given current valuations and the recent recovery in the oil price.

Against this backdrop, we are becoming more positive on the prospects for the Russian market and we have significant exposure to oil companies as we expect the drive to state-engineered consolidation to remain a dominant theme.

At the company level, Rosneft has been a major holding in the portfolio for some time and the company recently successfully reached an agreement to acquire independent Russian oil company TNK. In terms of oil production, the deal catapults Rosneft into pole position amongst listed oil companies and it demonstrates the dealmaking abilities of Igor Sechin, Rosneft’s Chief Executive Officer and a highly influential figure in the Kremlin. 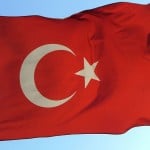 Looking ahead, we expect the Russian Energy sector to continue to deliver attractive returns due to a combination of strong growth prospects relative to global majors and nominally attractive valuations. We expect M&A activity to remain a dominant theme in the sector given the eagerness of international Energy companies to strike deals and benefit from Russia’s competitive position in oil and gas production and exploration.

We are also encouraged by the Russian government’s commitment to improve corporate governance standards. The dividend payout ratio serves as an indicator of the progress we see on this front and, following a marked improvement in recent months, Russia is now one of the highest yielding markets globally.