A firmer rise in household spending, accompanied by robust investment growth, will help to fuel faster ‘twin engined’ growth in the UK economy, according to the latest CBI Economic Forecast out today (Monday).

The UK’s leading business group is forecasting 2.6% GDP growth for 2015, up from 2.4% in June, and 2.8% in 2016, up from 2.5%. The upgrade is due to a combination of factors, including signs of recovering productivity in the first half of this year feeding through to stronger wage growth.

As a result, the CBI expects decent quarterly GDP growth ahead: anticipating growth to average 0.7% a quarter until the end of 2016, in line with the expansion seen in Q2 2015.

Although domestic growth looks solid, the CBI does not expect any support from global demand. While immediate Eurozone risks appear to have receded compared with earlier in the year, a weaker outlook for China will weigh on global growth and a strengthening pound will eat into UK export competitiveness. Meanwhile, downside risks to emerging market growth appear to have intensified. As a result, net trade looks set to drag on GDP growth in both 2015 and 2016.

“But the outlook on exports is somewhat muted: the strong Pound is hampering our competitiveness abroad and growth in the Eurozone, our biggest trading partner, and will remain subdued for the foreseeable future, particularly given renewed uncertainty.” 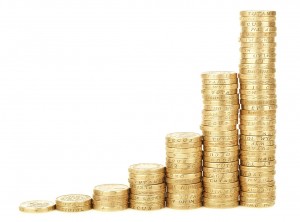 Following more hawkish comments from the Bank of England recently, in combination with a bit more growth momentum, the CBI says it now expects interest rates to rise to 0.75% in the first quarter of 2016, and then rise at a slow pace thereafter. This is earlier than our previous prediction of an increase in Q2. Across the Atlantic, the US Federal Reserve looks likely to raise interest rates before Christmas.

The UK’s labour market has sent mixed messages over the last couple of months, with employment falling and unemployment rising, while wage growth has continued to improve. But with GDP growth remaining robust over the second quarter, this suggests that productivity has risen. The CBI expects a modest recovery in productivity further ahead, which contributes to their forecast for stronger earnings growth (2.5% in 2015 and 2.8% in 2016) relative to June (2.0% and 2.4%).

Alongside stronger household spending, business investment growth for 2015 has been revised up (to 6.2% from 4.5% in June), following stronger than expected Q1 data and the CBI’s suite of business surveys pointing to upbeat capital spending in the year ahead.

Household spending and business investment are set to remain key drivers of growth in 2016 (rising by 2.9% and 6.5% respectively). A small positive contribution from government consumption is also expected (with growth of 0.6% over the year), following the smoother pace of fiscal consolidation announced in the summer Budget.

“Strong domestic demand and upbeat official data since our last forecast has boosted our outlook for 2015. We expect this strength to continue into next year, with government consumption now providing a small uplift in 2016 too.

“But pipeline inflationary pressures are building, due to stronger domestic demand and recovering wage growth. Our members are talking more about capacity constraints and skills shortages. Along with more hawkish noises from the Bank of England’s Monetary Policy Committee, we now expect Q1 2016 is the time for that first, very gradual increase in interest rates here in the UK.

“We’ve revised down our exports forecast for 2016, largely due to slower growth in China bearing down on global prospects, and a stronger Sterling.

“It’s important to remember, however, that even if China only grew by 5% this year, that’s the same as adding an economy the size of Belgium to the global economy each year. And China’s transition away from credit-fuelled investment growth to a more consumer-oriented economy provides plenty of opportunities for British businesses.”

Consumer price inflation is set to remain below 1% through to the end of this year, with the recent fall in global commodity prices bearing down on our near-term outlook. Further ahead, the CBI says that inflation should rise more quickly, to reach 1.8% by the end of 2016. With inflation still set to run below average earnings growth, real incomes should continue to receive a welcome boost.