Earlier in the year, gold bullion prices were going higher, and we heard the skeptics say, “They will decline. Don’t buy the precious metal; it’s useless.” They turned out to be very wrong. Now, gold bullion prices are seeing a minute pullback. With this, we are once again hearing the same thing: ditch gold and buy something else has become the mantra.

Sadly, those who say don’t buy the precious metal are too focused on the short-term fluctuations and are completely forgetting the long-term picture.

I am bullish on the yellow metal. My reasons are very simple. We see demand for gold bullion increasing—it will come from the central banks and individuals and it will eventually cause disruption in the supply.

Those who are saying gold bullion is useless so don’t buy it are the same cynics who said buyers will eventually run out. Instead, we continue to see an increasing number of buyers.

Certainly, the purchase made by the central bank of Iraq isn’t huge, but it shows that the demand for gold bullion by central banks is still present. It is also very interesting to note that the reason the gold bullion was purchased was due to the bank’s attempt to stabilize the country’s currency, the dinar.

Going back a little further, in 2013, central banks proved that they don’t care about where the prices go. They were the net buyers of the yellow metal then, and in 2014, it wouldn’t be a surprise to see them add more gold bullion to their reserves, regardless of price.

When it comes to demand for the precious metal by individuals, we see them buying gold bullion as well. You have to realize that as the precious metal’s prices have come down, investors have had more incentive to buy in greater amounts.

Let me give you an interesting example of how the demand for gold among average consumers is increasing. 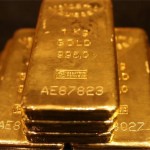 We all know by now that the government of India and the central bank are working very hard to curb the demand for the precious metal. They have imposed import duties to lessen the amount of gold bullion that comes into the country. As a result of hikes in import taxes, smuggling has increased exponentially, and the smugglers are finding creative ways to bring gold into the country.

At the very core, demand and supply are the main factors that drive prices higher or lower. Gold bullion is no different. As it stands, the fact is that demand for the metal is increasing each day. The decline in gold prices in 2013 was much needed—it has created a significant amount of opportunity in the gold mining sector. As I have been saying in these pages, there are many mining companies selling at deep discounts. The recent pullback may just be another buying opportunity.

This article Two More Reasons to Be Bullish on Gold [1] by Mohammad Zulfiqar, BA was originally published at Daily gains Letter.