Google glass is rumoured to be launching sometime around April 2014, but is this much talked about product set for failure before it even hits the shelf?

LoveMyVouchers.co.uk, the UK discount code site, recently surveyed 1,132 people to find out whether or not they plan to embrace this new wearable tech, and the results have thrown up some very interesting findings.

68 percent of those asked said that they were unlikely to invest in Google's latest invention because they would feel too embarrassed to wear it in public. A similar number also said that they would not feel comfortable talking to somebody else who is wearing the device, and with safety and privacy issues being hot topics of discussion on the web, it is not difficult to see why.

It is thought that the state-of-the-art glasses, which enable users to experience augmented reality, will start at around $600 USD when they eventually hit the shops, and according to the results of the survey, this will also put a lot of people off. 53% of the people who participated said that the price was too high, while 61% stated that they had no need for another gadget of this kind.

Is Google Glass set to join the list of inventions which have famously failed to catch the public's imagination in the past, such as the Sinclair C5, Betamax or the Segway? With Apple also delving into the world of wearable technology in the form of their upcoming iWatch, only time will tell which company will come out on top in this developing market. 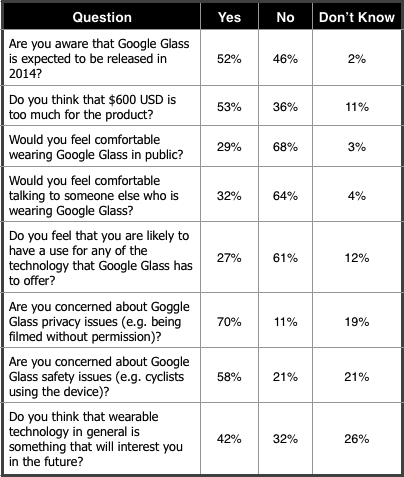 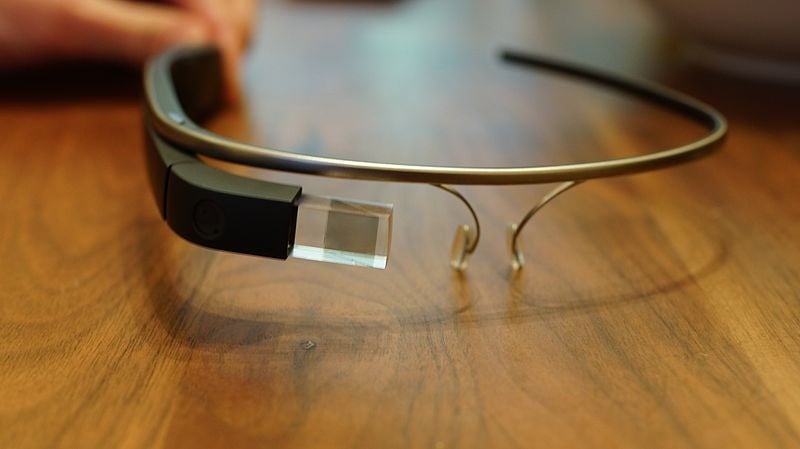