Since its first mention in a whitepaper in 2008, Bitcoin has been publicized equally for being the world's most popular digital currency as well an innovative development in global economics. The cryptocurrency virtualizes many aspects of the financial system. Mining for bitcoins is done using a computer’s processing power to create blocks of transactions on the block chain. The block chain functions as the public list of transactions occurring instantaneously through the currency, as well as the board that self-regulates the value of bitcoins. These transactions are encrypted and only reveal the value of bitcoins being transferred. Though the use of bitcoins is anonymized, owning them requires a user to have a digital wallet on their computer or via online services. The cryptocurrency’s volatility, cyber attacks and public events such as the Mt Gox disappearance are all factors that have encouraged users to increasingly scrutinize the security of their transactions using the currency. 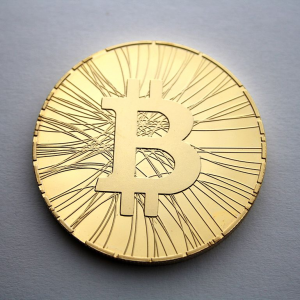 Coinbase and Blockchain, two of the most popular online Bitcoin wallet services recently introduced the use of mnemonics for an added layer of personal security. As well as creating a password for their account, users are asked to save an easily remembered phrase as a superset. If a user forgets their password or attempts to sign in from a new location or device, the site prompts them for the mnemonic. This dual layer of security makes it nearly impossible for a hacker to ‘guess’ the password and mnemonic of a user’s wallet, or utilize a dictionary or list to attempt common passwords and phrases.

The benefit mnemonics provide is that they are less disruptive and more user friendly than the alternative – using tokens to verify a user’s identity. However, more and more websites that store user data and require verification are turning to all three solutions for maximum security.

Bitcoin’s cryptographic nature conversely makes it simple for bitcoin gambling websites to establish trust with their userbase. Websites such as www.betcoin.tm advertise their system of provably fair gambling to demonstrate that the house isn’t cheating in games of chance. Before any wagers are made, the game server creates a random secret password (seed) to represent the shuffled deck, dice or slots. This is then hashed (converted into a long string of characters so that it cannot be converted back) using Bitcoin’s SHA265 hashing algorithm. When a wager is made, the player’s computer creates their seed, which is hashed using the same algorithm. These two are used to calculate the results of the game. The original seed the server created is then revealed so that the player can check it matches the first hash they received.

Betcoin and other Bitcoin gambling sites have capitalized on this transparency to witness a surge in interest from consumers for chance-based gambling games. The currency’s popularity is similarly bolstered by the industry, with Bitcoin gambling websites typically accounting for 40-60% of all Bitcoin transactions.

These two innovations, though small in comparison to the currency’s manifesto of a decentralized financial system, demonstrate the tremendous tangential ramifications that Bitcoin’s proliferation has produced. The impact of Bitcoin in business, culture and politics is undoubtedly impressive but its full force is still to be seen as the currency matures and users and commercial institutions accept its circulation.

A guide to tax on limited company property transfers