The answer to a parliamentary question posed by Nicholas Soames MP shows that over two thirds of all babies born in the capital had one or more foreign parents in 2010.

Now, before all those with an agenda based around race sharpen their pencils or dip their pens in the vitriolic ink, this is not a question about race it is a question of social cohesion. Then ask yourself why I had to say this at all. The term foreign parents does also include those from within the EU.

Also another way of looking at this is that London leads the way in multiculturalism.

Nicholas Soames, Conservative MP for Mid Sussex, is Co-Chairman, with Frank Field MP, of the Cross Party Group on Balanced Migration so is quite entitled to ask such a question. Also, the term foreign does not mean that there is any reference to race, only those with an agenda would argue otherwise.

Migration Watch, an independent think tank that says it wants to present the public with full and accurate facts, said in response to the data "These extraordinary figures illustrate the huge and rapid change that is taking place in our capital city. They illustrate the way in which London is being changed beyond recognition and on a scale and at a speed that makes successful integration so much more difficult. It is a stark reminder to the government to stick to their promise to get net migration down to the tens of thousands by the end of this Parliament."

During 2010, in only six out of the 32 London Boroughs did the proportion of babies born where one or both parents are foreign fall below 50%. In Newham the figure was 84% and in 81% in Westminster.

But we must not just look at these figures and draw conclusions. Remember that many of these children may well end up being ‘British’ under current legislation. That will mean that their children will be born of British parents. So if these families remain in London these statistics may well reverse over the coming years. And some could end up taking their families back to their home countries.

The questions we have to answer are: whether this situation is really a danger to social cohesion or not. Or should we welcome this and help people integrate as much as possible where we can? And finally, do we have the right to force people to integrate any further than just obeying the law of the land?

But we do need to think and talk about this and not bury and forget about it for fear of being labelled 'racist'. 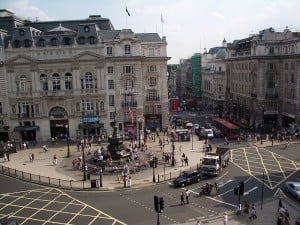