A series of videos taken of a UFO hovering over the Dome of the Rock in Jerusalem have hit the internet leaving many sceptics wondering if little green men are real.

The videos show a light descending form the heavens to hover above the temple mount shrine which is sacred for Muslims, Jews and Christians alike. The light then gives a big flash and shoots up into space faster than any aircraft known to man.

Have no doubt in your minds that all conspiracy theorists worldwide are salivating at this very moment with some probably suffering multiple orgasms.

Such is the interest in these videos news stations across the world have shown what could be the first proof of alien life outside of Merthyr Tydfil.

Then again they could be the work of some dastardly spotty teenager who has watched too many episodes of the X files.

The Sun reports that Nick Pope (who used to investigate UFOs for the ministry of defence) said "If these are real, they are some of the most incredible videos ever shot."

"If they are not, then this is a very well-planned and co-ordinated hoax designed to eliminate elements of doubt.

"The way it shoots up into the sky suggests it is unmanned, because no living thing could survive those kinds of G-forces.

"We know the Israeli army has some very high-tech drones at its disposal. If this is one, it is one of the most advanced pieces of technology created by man."

All very interesting stuff but there are also many out there who are already debunking this video and calling it a rather elaborate hoax.

Then there are those who say the debunkers are working for the government and trying to suppress the truth etc….

Oh dear I feel a headache coming on…. 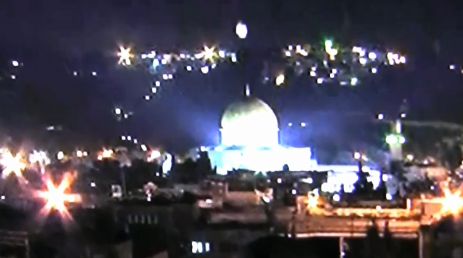 Louis Walsh has his name dragged through the mud by media

Alex Reid on diet thanks to Katie Price

Billie Piper is a very naughty woman for smoking near son