The annual inflation as measured by the Consumer prices Index fell from 2.8% in March to 2.4% in April this year.

The largest contributing factor pushing the inflation rate down was transport costs mainly from motor fuel and air fares says the ONS.

The longest running measure of inflation, the Retail prices Index, has now fallen out of favour but is still reported by the ONS. RPI annual inflation in April stood at 2.9%, which was down on March's 3.3%.

All these are of course above the Bank of England's Monetary Policy Committee (now medium term) target of 2%.

Commenting on these figures Richard Driver, Caxton FX Analyst, said: 'This is great news for consumers, who have been struggling with persistently high prices for what seems like an age.'

'Significant falls in fuel prices were a major driver of today’s figure, which will be a relief to motorists.'

'Wage growth continues to lag inflation and this remains a key concern, highlighting the tough economic conditions that persist regardless of the brighter growth outlook that has emerged in recent weeks.'

'At 2.4% we are still significantly above the official target but this latest decline is nonetheless very welcome indeed.'

'Higher prices still look likely in the Autumn, so consumers are by no means out of the woods yet.'

Andrew Goodwin, senior economic advisor to the Ernst & Young ITEM Club, said: 'This is slightly better news than we were expecting, but even so it is yet another month where inflation is above the 2% target and well ahead of wage growth. The downside surprise is largely due to the volatile air fares component, which is likely to be a function of the earlier Easter, so this could easily unwind in the months ahead.'

'To some extent this is likely to represent the calm before the storm, with unfavourable base effects set to push up inflation rates in May and June. Today’s data probably lessens the chances that Sir Mervyn King will have to pen the letter to the Chancellor. But even if he does escape, it looks almost certain that inflation will breach 3% in June, in which case the onus will fall onto Mark Carney instead.'

'Beyond that inflation may cool a little, as food and energy prices rise by less this autumn than they did last year. But we think it’s unlikely that we will see inflation move back to the 2% target in the foreseeable future. Although earnings growth is weak and companies have little pricing power, the persistence of higher inflation in administered & regulated prices – such as university tuition fees, rail fares and energy – and imported goods, means that it is going to be very hard for the MPC to get inflation back to target.' 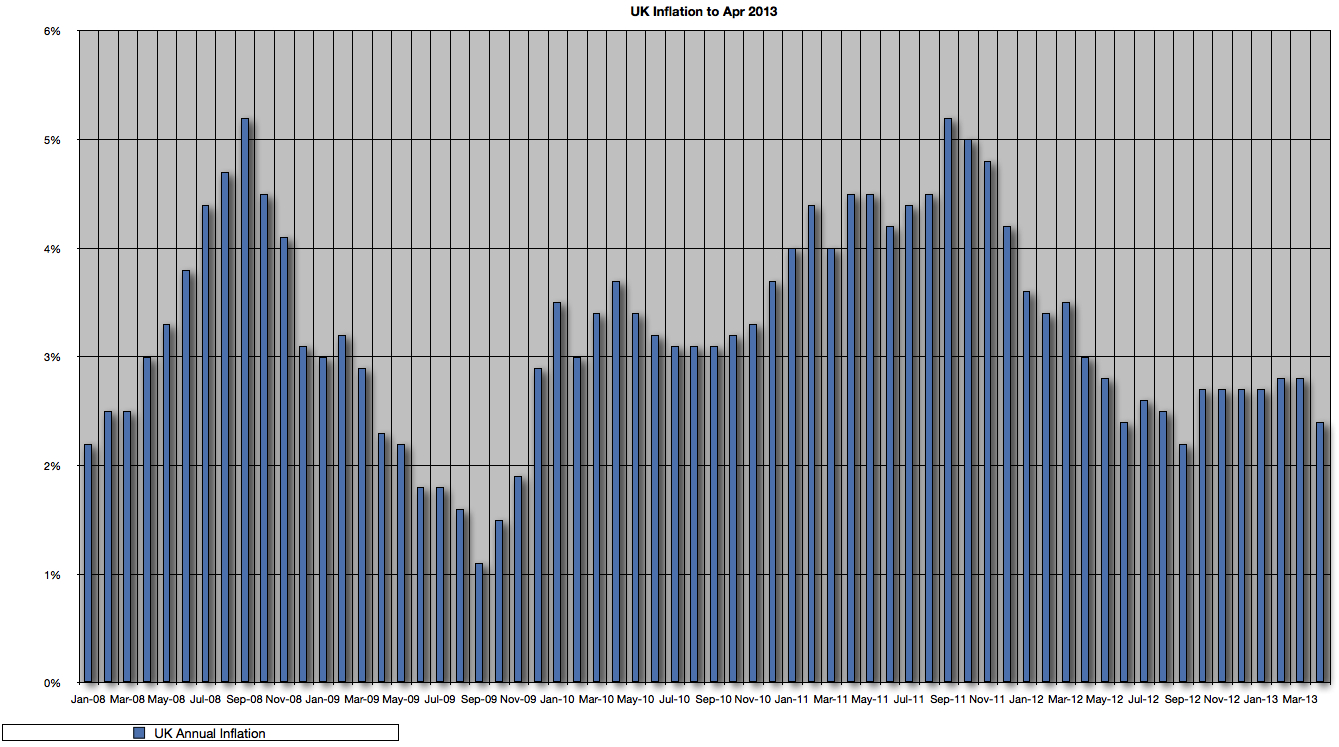 The hunt for income: what gives specialist sectors an advantage?