UK at greatest risk of identity fraud in Europe

‘Don’t let it be you’ warns campaign to help combat identity fraud in Britain.

The UK is at the greatest risk of identity fraud throughout Europe, according to new independent research commissioned by office product specialists Fellowes and conducted by Dynamic Markets.

‘Don’t let it be you’ [1] is the message of this annual campaign which addresses the issue of ID fraud and is backed by Action Fraud, CIFAS -The UK's Fraud Prevention Service, Equifax , Norton by Symantec, Get Safe Online and Fellowes.

According to the research commissioned by Fellowes especially for the joint initiative, one in four residents in the UK (24%) has been touched by identity fraud compared to 17% average across Europe.

Identity fraud is more rife in the UK than any other European country, including Russia, where one in five (20%) are victims. Impact can be financial loss – in some cases up to Â£30,000 per victim – plus a negative credit rating.

Scarily, three quarters (75%) of the UK population has been exposed to ID fraud. The most common scam is a fake email supposedly from a person’s bank requesting a return email with personal information to update security details (52%). The incidence rate for this type of scam is significantly higher in the UK than the rest of Europe (31%).

And it’s not just hackers and cyber criminals targeting British households: one in 10 people in the UK have been targeted with scams requesting paper-based information to be sent through the post, where fraudsters could use personal details to potentially commit identity fraud.

People are becoming far too complacent with the security of their personal details in printed documents, such as bank statements and bills as well as their online information. Research shows that nearly half of Brits (47%) are not taking basic precautions such as consistently shredding paper documents with personal information before discarding.

Personal ID fraud can result in financial loss. In extreme cases houses have been purchased in victims’ names although on average it has cost victims £1,076.

However, the average cost per victim in Germany is far greater: a staggering £28,666 has been taken in the average case, with victims in Italy suffering losses of £13,180 per victim.

Findings show that it takes on average 7 months before UK victims realise they’ve had their identity used by someone else, another 3.4 months to resolve the situation and in some instances these two phases could take up to several years.

In Belgium and Italy, victims are far quicker at identifying unusual activity on their financial accounts, taking on average 4.8 months and 5.6 months respectively. It takes victims in Poland more than a year to realise that they’ve suffered from identity fraud while the Dutch take even more time (18.5 months) to recognise that they have been victims.

Neil Munroe, spokesperson for the campaign comments: “Stealing your personal information is where most fraud begins. With a stolen ID a fraudster can effectively become you – taking money, buying property, setting up bank and phone accounts all in your name.

“We are all using computers for shopping and socialising with friends and we are receiving more post than ever before, whether it’s a bank statement or a piece of direct mail. This leaves us all open to risk from ID fraud if we do not take action to protect ourselves.

“The small simple steps required to protect someone’s identity should become as routine as locking your door when you leave the house. If you don’t protect it, a fraudster or someone else will take it. It can take almost four months to get your identity back, and in some cases years.” 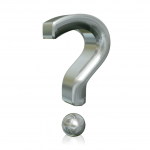 To help combat online and offline identity fraud, the taskforce has launched its new online resource ‘Don’t let it be you’ [1] providing consumers with advice, guidance and support to reduce levels of attack.

When it comes to identity fraud, prevention is always key and this year’s campaign highlights these four simple steps to protecting identities:

Top 10 destinations families will be visiting this bank holiday