The World Economic Forum annual Global Competitiveness Index has the UK economy dropping in the scale from its previous position at number nine down to tenth place.

According to the Index the top three in order are: Switzerland, Singapore and the USA.

The report says that the after effects of the financial crisis in 2008 are still being felt across the world, with the subsequent recovery having been “less robust, more uncertain and taken longer than many expected”. It goes on to say that there appears to be a “new normal” that consists of “subdued economic growth, lower productivity growth and high unemployment”. The report calls for "productivity-enhancing reforms to break with this pattern". It also says that the ongoing crises in the Ukraine and Middle East have just added to the overall problems.

“While the UK has slipped one place in the global ranking this year, it remains in the top ten and scores particularly strongly in its ability to attract overseas talent, its highly educated workforce, and its strong financial markets. 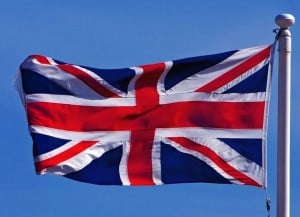 “As this report highlights, the UK’s financial and related professional services industry is one of the world’s best developed and through its sectors – including banking, insurance, fund management, accountancy, consultancy and legal services – provides the financial infrastructure for our daily lives. A strong, competitive industry is essential to a strong economy and its success and the continued attractiveness of the UK as a place to invest are inextricably linked to competitiveness.

“We cannot be complacent. The government should continue to implement bold and ambitious policies that will support its greatest tax paying industry – financial and related professional services. The WEF report highlights the correlation between competitiveness and an economy’s ability to attract and nurture talent. In line with that, issues such as caps on migration of international skilled workers, or policies that hinder investment and growth should be fully considered for their potential impact on the UK’s continued global attractiveness.”

The full Top Ten are: