Campaigners have warned that UK negotiators are attempting to scupper agreement on rules to curb food speculation at talks in Brussels tomorrow (Tuesday 14 January), allowing banks to continue betting on food prices and exacerbating global hunger.

Research by the World Development Movement has revealed that UK Treasury ministers have urged finance companies to lobby against the controls. Ministers have held a series of meetings with the finance sector from the start of discussions on the legislation in 2010, encouraging the City to work with the Treasury in opposing the reforms.

Mark Hoban, Financial Secretary to the Treasury from 2010 to 2012, and other Treasury ministers toured European capitals to persuade other governments to oppose tighter regulation of the commodity and other financial markets following the financial crisis. Foreign and Commonwealth Office (FCO) Minister David Lidington also offered the FCO’s services to support the industry in opposing strong regulation. 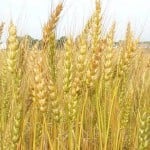 “Tomorrow’s talks could be make or break for the EU plans to curb food speculation. If strong new regulation is agreed, it will help to end an era in which banks can condemn millions of people to hunger for the sake of a quick profit. But if the regulation is scuppered, it will be thanks to the UK government putting the interests of the banking sector above all else.”

Please see here for an update on this.

FPC View on Interactions of Macroprudential and Monetary Policies