The UK is to introduce a ban on the use of plastic microbeads in personal care ‘rinse-off’ products and toothpaste. This follows on from the 5p charge placed on supermarket plastic bags in 2015 that lead to a reduction of over 80 percent in their usage.

Michael Gove, the Environment Secretary, said that we need to “explore new methods of reducing the amount of plastic – in particular plastic bottles – entering our seas”.

Microbeads are used in such products as cosmetics for their exfoliating properties. But they wash down drains, through sewage works and into water courses and the sea where they are then ingested by marine animals.

As they are plastic, these microbeads do not break down, so remain in the food chain and can progress right back onto our own dinner plates.

The UK ban, hailed as ‘the strongest ban on microbeads in the world’, could be extended in future to encompass other products. 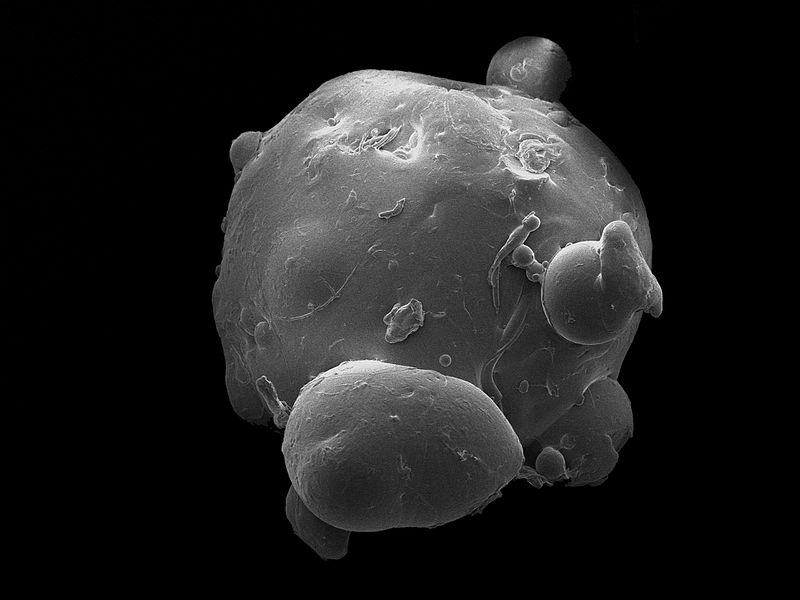 Plastic Micro Bead By the University of Exeter (CC-BY-2.0)

“Michael Gove is showing encouraging leadership from Government in tackling the scourge of micro-beads with this proposed UK ban on their sale and manufacture, and this is a certainly a step in the right direction.

Making the change towards a more circular economy will only happen if policy levers, such as a ban on plastic micro beads, form part of a long-term integrated approach to managing these precious resources, with the concept of extended producer responsibility (EPR) – a polluter pays approach to levies on products that are not recyclable – at its heart.

Our sector has long been crying out for a holistic, long-term, strategy from Government to tackle the environmental issues caused by all plastic products throughout their lifecycle – not just those products that capture the public’s attention from time-to-time, and which are only the tip of the iceberg when you consider the vast quantities of plastic entering our natural environment.

We would like to see Government seize the opportunity to address the British public’s concern for the environment and introduce progressive policies which recognise all plastics, and other recyclable materials, as the valuable commodities they are, by linking them to the UK’s industrial strategy and domestic manufacturing base. If society and businesses value the material, it won’t be discarded and end up in our oceans.

Every day, some 16 million of the 36 million plastic bottles bought daily across the UK are discarded rather than recycled. We would like to see producers take more direct responsibility for their packaging – for example, in the case of plastic bottles, by using more recycled content and introducing deposit return schemes which give appropriate incentives to consumers to return their bottles to the manufacturer – instead of discarding them and potentially losing the value forever.

Schemes like plastic bottle deposit returns will only likely be realised at scale with the right nudges from Government, which we have seen in the past can be successful. For example, the tax on single-use plastic bags has dramatically influenced consumer behavior over the past two years and resulted in a massive reduction in plastic bag usage.

Research findings published this week by the University of Georgia and the University of California revealed that the equivalent weight of a billion elephants in plastic has been created since the 1950s and most of it has ended up in landfill. By 2015, according to the research, humans had generated 8.3 billion tons of plastics and 6.3 billion tons had become waste while only 9% per cent of the waste plastic was recycled. If current trends continue, roughly 12 billion tons of plastic waste globally will be in landfills or polluting oceans by 2050.”