The Institute of Directors today welcomed a narrowing of the UK’s trade deficit, which fell to £3.2 billion in November 2015 a narrowing of £0.3 billion from October 2015. However, the IoD pointed out that the figures were set to be dominated by factors outside of the UK government’s control for some time to come.

Allie Renison, Head of Trade Policy at the IoD said:

“Any improvement in the UK’s balance of trade is always welcome, but we have to recognise that we are just one plucky merchant ship, buffeted by unpredictable by trade winds. Cheap oil may be providing a boost for consumers, but it makes our trade balance volatile and skews the reality of Britain’s import and export levels. Extraordinary factors like low commodity prices show the danger of worrying too much about monthly trade figures. 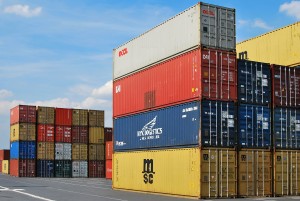 “The EU is still our single biggest trade partner, but the Eurozone authorities are busy dealing with concerns of their own. The European Central Bank is pumping out money, pushing down the Euro and helping countries like Germany, who this month posted a record level of exports to the UK.

“Overall, we hit a record trade deficit of £8.2 billion in goods with EU countries, as our imports of finished manufactured goods from Europe continued to increase, while the deficit with non-EU countries is shrinking. This underscores the need to look further afield for trade deals that will cut tariffs for British manufacturers. The good news is that the UK is widening its positive trade balance with the US.  The conclusion of a comprehensive TTIP agreement will help consolidate this growth, and must be a priority for negotiators in Brussels and Washington.”

The Perils of Over-Trading in Spread Betting