Total return on investment in UK commercial property fell to 1.2% for the month of July, from 1.3% in June, according to the latest CBRE Monthly Index.

July's fall was mainly a result of weaker performance from Central London, but despite this monthly fall, over the last twelve months rental value growth in Central London offices has now reached a post-recessionary high of 9.65%.

The office sector was one of the biggest movers in July. While the market recorded another month of good performance, after a strong second quarter, July's returns fell from 1.8% in June to 1.3%. This was largely down to the Central London market, where total return fell to 1.1% from 1.7% the month before. Total returns were also down in Outer London/M25 and the rest of UK, but not to the same extent as in Central London. 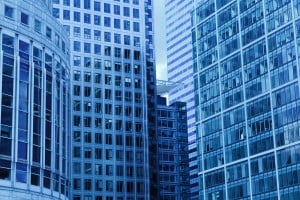 Overall, however, the Central London office market is booming. Annual rental growth (for the twelve months to July 2015) is now at a post-recessionary high of 9.65%, overtaking the previous peak in the year to October 2011 of 7.13%. Central London offices now have the highest rental growth of all UK commercial property markets over the last twelve months, driven by 12.48% growth in the City, and 10.52% growth in Midtown.

Michael Haddock, Senior Director of CBRE, said "Despite the slight dip in July, office rents and capital values in Central London market have been growing strongly over the last year. As a result of this performance, investment into the market has grown from £2.4m in Q1 2015 to £4m in Q2.

"The high level of competition for Central London assets means that investors – both local and foreign – are increasingly looking at opportunities in the rest of the UK and activity has been growing at an even faster rate outside London."

Equity Release -The Risks and Guarantees

EBS to unveil a cutting-edge, next generation integrated trading platform